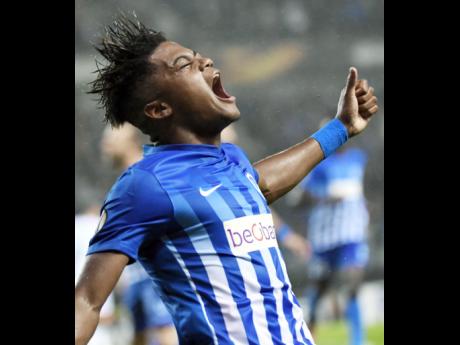 Leon Bailey's agent Craig Butler says that gaining a work permit for the player is no longer an issue, but stressed again that he would like to see an improvement in the Jamaican standard of football before the youngster ever dons the Jamaican colours.

There is speculation the Bayer Leverkusen player would prefer to choose Belgium, not only because they are currently fifth in the FIFA Coca Cola World Rankings while Jamaica is sixth, but because it would have provided difficulty in gaining a work permit, should he choose to move to England someday.

Butler has, however, stressed the need to see changes in the national programme and says patriotism is the most important factor in his decision.

"I am a Jamaican and Leon is born a Jamaican. We love our country. We want what's best for the country, as long as it doesn't affect Leon or Kyle (Butler, Craig's son who is also a footballer) or their career. Leon is already an 18.5m Euro player. He has no problem getting a work permit anywhere he goes."

Butler explained why the Bayer winger is still delaying a decision.

"The main issue is and always will be whether we have a proper football culture to allow players to work in a uniform and systematic way."

Butler also said that the level of coaching certification needs to improve.

"Our coaching (certification process) is not recognised worldwide by other countries. Jamaica is not providing coaches with the opportunity to gain work experience and income in the rest of the world.