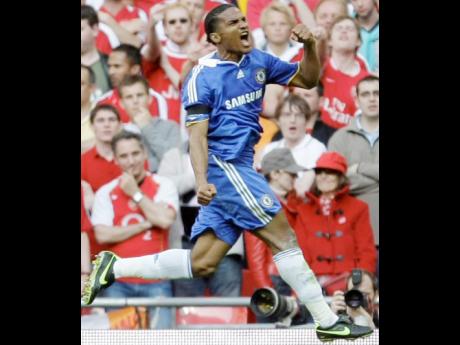 Reggae Boyz assistant coach Jerome Waite believes the former Barclay's Premier League star will provide French Guiana with extra motivation going into the contest against Jamaica, who recently slumped to their 10th defeat in 15 international games, going down 1-2 in an away match against Peru.

"Florent Malouda, the former Chelsea player, is from French Guiana. He is part of the French Guiana camp for the tournament and we expect that he should provide the team with a lot of motivation and inspiration," Waite told STAR Sports.

"This (French Guiana) is a team with quality and they have been doing well over the last few years, so it is not a team we should underestimate. The fact that they are in the semi-finals means they are a good side and they will come with everything they have to offer," Waite added, pointing out that he expects Malouda's presence to have a positive effect, which could make things difficult for Jamaica.

Malouda, a skillful winger, is on the books of Indian Club Delhi Dynamos. He was born in French Guiana, and though having represented France, is eligible to play for his birth country, which is not a FIFA affiliate.

Now 37, Malouda joined Chelsea in 2007 from Lyon and had six glorious seasons at Stamford Bridge, winning the Champions League, an English Premier League title and three FA Cups. He also represented France at the 2006 and 2010 World cups with distinction and was even given the captain's band in 2010.

However, Jamaica's camp is confident going into the semis of the Caribbean Cup, which they have dedicated to late Jamaica Football Federation president, Captain Horace Burrell.

"We are the defending champions and the objective is to retain the trophy. We want to win this tournament as a gift for the late Captain Horace Burrell," Waite said.