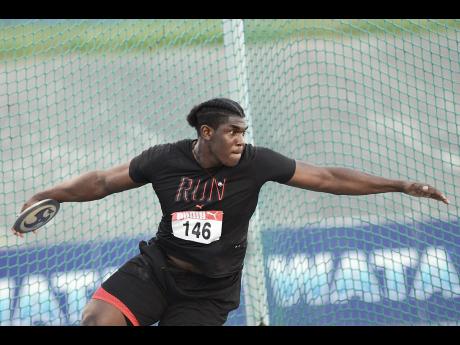 Fedrick Dacres in action in the discus final at the JAAA National Senior Championships. 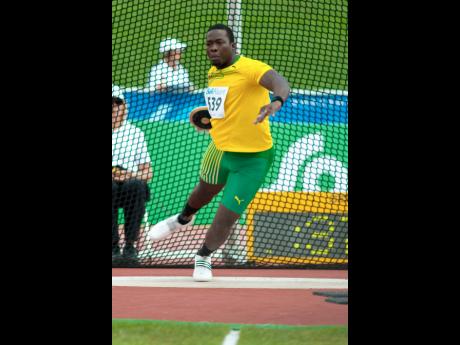 Oslo Diamond League discus winner Fedrick Dacres will be there but Chad Wright will be the man in the spotlight at today's Throws Last Chance Meet at the National Stadium. Wright will be throwing to qualify for the World Championships in London. Wright, Dacres are among the entries for the throw-off which starts at 4.00pm.

Dacres has surpassed the World Championships qualifying standard of 65.00 metres many times this season and Smikle matched it exactly last month. Wright, however, threw 60.20 metres to place third to Dacres and Smikle and needs to match or exceed 65 metres to join them London.

Wright, who became the first Jamaican to win the NCAA Division One discus title in 2012, has a personal best of 65.03 metres. If he goes that far before the qualifying period ends on July 23, the 2014 Commonwealth Games finalist will compete at the World Championships for the second time. At the 2015 World Championships in Beijing, China, he hurled the disc 61.53 metres but did not advance to the final. His 2017 best is 62.53 metres.
In addition to contesting the discus, Dacres is entered in the shot put where he will pursue the qualifying mark of 20.50 metres. Other entrants include 60.77 metre discus thrower Basil Bingham.