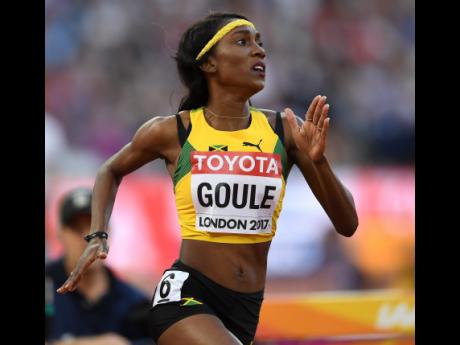 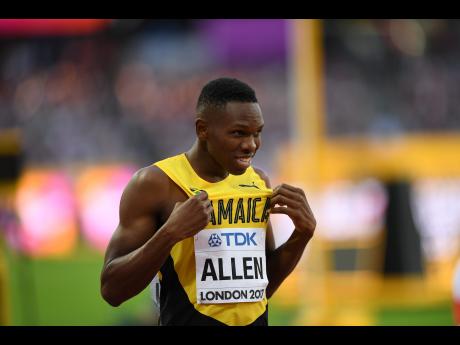 In the same indoor athletics meet where American sprinter Christian Coleman sped past the 60-metre world record, Natoya Goule reached new heights in the 800 metres with a big personal best.

Goule and fellow Jamaicans Chanice Porter and Shavine Hodges all won at the Clemson Invitational held on January 18 and 19 in South Carolina. The weekend also saw Jamaican winners at US indoor meets in College Station, Texas; Nashville, Tennessee; and Ann Arbor, Michigan.

Running on the Clemson University track where she trains, the 26-year-old Goule blazed the first 400 metres in 58.51 seconds and kept moving to win in a world-leading time of 1:59.86 seconds.

The Jamaican Olympian won by more than three seconds and destroyed her indoor best of 2:01.64 seconds. The only Jamaican to have run faster is Kenia Sinclair, who sped 1:59.54 seconds to capture the silver medal at the 2006 World Indoor Championships.

The Clemson meet also saw Porter win the long jump with a third-round leap of 6.54 metres. The 2011 World Youth champion returned the results after a 2016 NCAA outdoor win ended her years at the University of Georgia. The third Jamaican winner was Hodges, who won the 60 metres in 7.26 seconds.

Goule broke the facility record of 2.00.69 set by Jamaican Jazmin Fray last year. Fray, who competed at the 2017 World Championships for Jamaica, was in winning form herself at the Texas A&M Quad at College Station. She won the 800m there in 2:04.97 seconds. The Jamaican pair of O'Brien Wasome and Rushelle Burton took the triple jump and the 60-metre hurdles, respectively, with winning performances of 16.00 metres and 8.16 seconds.

World Championships 400m finalist Nathon Allen cruised to victory for Auburn University at the Vanderbilt Invitational in Nashville. He won the 400 metres in 46.68 seconds. In the same meet, former Holmwood Technical High School star Tamara Moncrieffe won the triple jump, with a mark of 13.00 metres. Another World Championships representative, Jura Levy, was the runner-up to Trinidadian Kelly-Ann Baptiste, 7.28 to 7.25 seconds, in the 60-metre final.

Like Goule, Porter, Wasome and Moncrieffe, Shakiel Chattoo was a record-breaker at Boys and Girls' Championships. Now after winning two NCAA indoor heptathlon titles at Azusa Pacific University, he attends the University of Arkansas. Yesterday, Chattoo won the 60-metre hurdles in 7.79 seconds at the Simmonds-Harvey Quad in Ann Arbor.