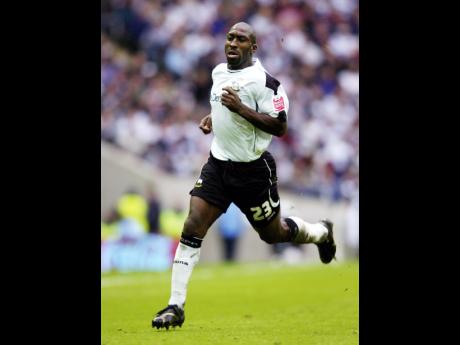 Moore in his time as a Derby County player.

Moore takes over in an interim role at West Bromwich Albion (WBA) "until further notice", according to the club, after the firing of Alan Pardew, who had a string of eight successive league defeats before his contract was terminated.

Moore's last stint as an EPL player was during Derby County's 2007-2008 Premiership season, but he also played in the league with WBA, with whom he made 104 appearances and scored six goals.

His role as interim manager comes after he served as a first team coach under Pardew.

"The club would like to thank Alan and John for their efforts and wish them well in their future endeavours."