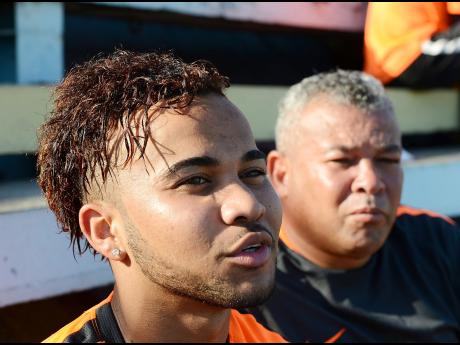 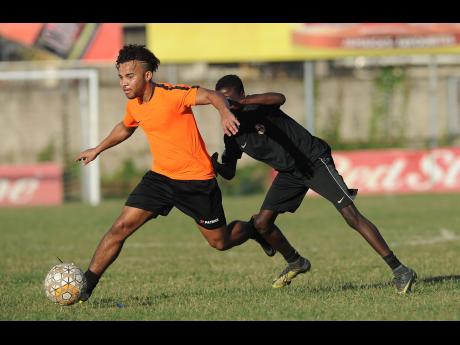 File Kyle Butler (left) dribbles by a player during a training session with the Phoenix All-Star Football Academy at the Drewsland Stadium last December.
1
2

Jamaican footballer Kyle Butler has threatened legal action against newly promoted German Bundesliga club Fortuna Dusseldorf, who have denied signing him ahead of next season.

Butler had posted on Instagram that he was: "Happy to put ink to paper. Fortuna Dusseldorf," with a photo of him signing a document.

However, the club responded saying: "No idea what @Kyleee_butler (Butler) signs there, but there is no contract between him and Fortuna Dusseldorf!"

"Given recent press coverage, I feel compelled to make the following statement: I have been training and playing football for Fortuna Dusseldorf for the last six months," Butler tweeted. "During this time, I gave it my all and believe I showed my worth. I convinced the club the added-value I could present for the club on the long term.

"Consequently, with the assistance of my entourage, I entered into negotiations with the club for a new employment contract, effective from the 2018-19 season. Moreover, I reached an agreement with the club. Subsequently, I was instructed by the club to sign a contract prepared by and signed by the club that reflected this agreement. In good faith, I countersigned such contract and was told that I would later be sent a copy of the contract signed by both parties.

"The club, however, failed to duly provide me with a copy of the contract signed by both parties, for reasons unknown to me.

"I regret and fail to grasp why the club, without proper explanation, is now seemingly questioning to pursue the employment relationship, despite our agreement on all terms. I will now explore my options and envisage undertaking legal action to protect my interests."

The 20-year-old attacker had spent the last season at Maltese Premier League club St Andrews, where his father and agent, Craig Butler, is president. The club finished 11th in the 14-team league last season.