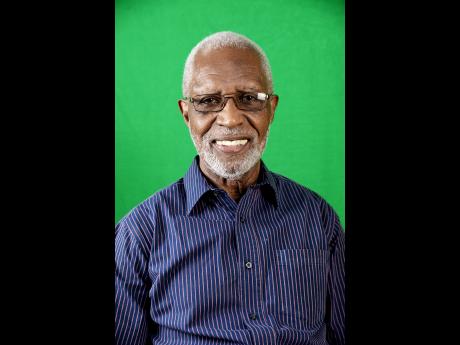 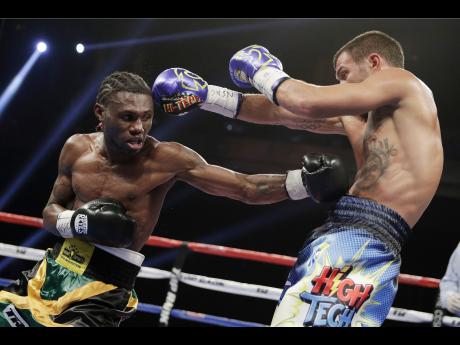 Vasyl Lomachenko (right) of Ukraine, dodges a punch by Nicholas 'The Axeman' Walters of Jamaica during a WBO junior lightweight title boxing match on Saturday November 26, 2016, in Las Vegas. Lomachenko won by an eight round TKO.
1
2

Jamaica Boxing Board of Control general secretary Leroy Brown said that it will take a miracle for former WBA World Featherweight champion Nicholas 'Axeman' Walters to get his career back on track.

Walters' last fight was in November, 2016 - a technical knockout loss to Ukrainian Vasyl Lomachenko for the WBO World Junior Lightweight championship, where the Jamaican quit in the sixth round. He was then scheduled to face Mexico's Arturo Santos Reyes in August 2016, but had to cancel that bout because he caught his son's flu.

He was also preparing to fight this month but talks between his camp and promoters to find an opponent broke down.

With Walters' contract with Top Rank Boxing Promotion coming to an end later this year, it is understood that his camp is disappointed by the lack of opportunities presented for him to compete. However, Brown said that Walters' mistake was getting rid of his manager Jacques Deschamps, describing it as a "classic example of what not to do as a world champion."

"Nicholas had one of the greatest opportunities that a young boxer could want and he had a manager who made him into a world champion," Brown told STAR Sports. "For he himself to walk away from that partnership, might have cost him his career."

Brown holds very little hope of Walters, who is now 32 years old, getting back to a point in his career where he can challenge for world titles again.

"Right now it will take a miracle to revive that career because not having fought for two years, he doesn't have any plans for moving forward as far as I'm aware, and he's getting older," he said. "You reach the height of your career just before you get into your 30s and normally your career starts frittering away once you pass the 30-year-old mark. There's nothing that messes up a boxer more than inactivity.

"His career isn't totally lost at this point, but it's going to take a miracle to revive it. He has to get into the hands of someone who knows boxing and has the necessary contacts. He'll also need to work extremely hard to work his way back to the top, but it's a mountain that he gave himself to climb."

In his 28 bout professional career, Walters' record stands at 26 wins, (21 by knockout), one loss and one draw.