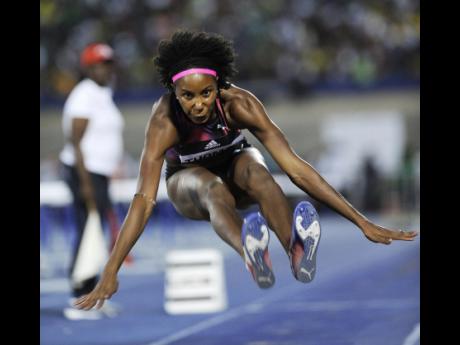 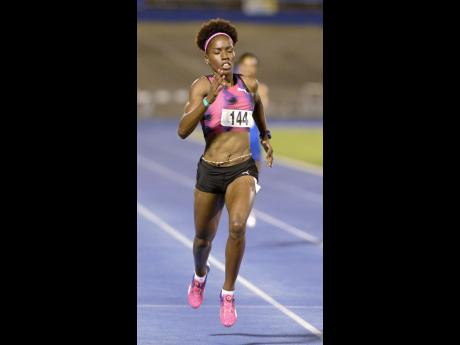 Jamaican athletes had a fairly successful day at yesterday's Zurich Diamond League meet, the first of two finals where winners of individual events were rewarded with Diamond Trophy and cash prize of US$50,000 (J$6.8 million).

The best performance by a Jamaican came from triple jumper Shanieka Ricketts, who actually missed out on the Diamond race title in her event by a mere centimetre. Ricketts, the NACAC champion, who had a mark of 14.55 metres, done on her penultimate jump, finished second behind winner Caterine Ibarguen of Colombia, 14.56 metres.

There were also third-place finishes for Janieve Russell and Natoya Goule in the Swiss city.

Russell, who came into the meet as the Diamond League leader in the women's 400m hurdles, found the America duo of Dalilah Muhammad and Shamier Little too hard to handle. The well-rested Muhammad, the Olympic champion, won in 53.88 seconds as her countrywoman, Little, 54.21, and Russell 54.38 seconds, had to settle for second and third.

Goule continued her good form this season in the women's 800 metres, finishing third in 1:58.49 behind South Africa's Caster Semenya, who defended her title in 1:55.27, with second going to the United States' Ajee Wilson in 1:57.86.

The other Jamaican who competed on the day in an individual event, Tajay Gayle, finished just out of the top three in the men's long jump, after a fourth- place finish with 8.15 metres, as the South African pair of Luvo Manyonga 8.36m and Ruswahl Samaai 8.32 metres took the top two spots.

There was a big win for the Caribbean yesterday as Kyron McMaster from the British Virgin Islands defended his 400m hurdles title, winning in a close finish over Kersten Warhol of Norway, the European champion.

McMaster winning time was 48.08 seconds, with Warhol in 48.10 seconds for second, as Yesmani Capello of Turkey finished third in 48.73 seconds.

There was a surprise winner in the women's 100 metres as World Indoor 60 metres champion, Murielle Ahoure of the Ivory Coast, prevailed over Great Britain's Dina Asher-Smith in 11.01 seconds.

The United States' Noah Lyles was very impressive in maintaining his great form in the men's 200m, winning in a fast 19.67 seconds, just one hundredth of a second outside the meet record of 19.66 seconds held by Usain Bolt since 2012.