Tuchel making his mark at PSG 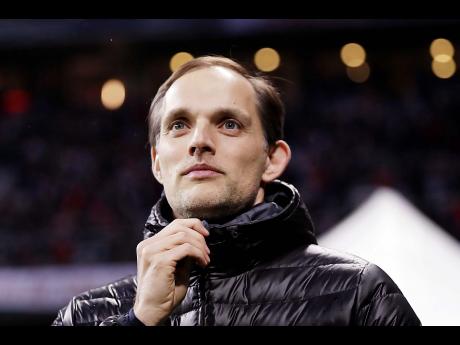 Behind a great team there is always a great coach, and Paris Saint-Germain might have found the right one.

Appointed as a successor of Unai Emery, Thomas Tuchel has already stamped his mark on the star-studded team. He seems to be controlling the big egos in the dressing room and has implemented strong tactical changes, including playing Neymar in a No. 10 role.

Under Tuchel, the French champions have made it five wins from five league matches and will travel to Liverpool tomorrow for the start of their Champions League campaign.

More than the five consecutive wins in his side's opening games - a feat never before achieved at PSG by a coach in his first season - it is PSG's style that bodes well for the future.

With the Qatari-backed club's spending still under UEFA scrutiny, PSG limited their purchases this season and did not bring in new stars to an already glamorous roster. Without money to splash, the club had to be clever and Tuchel has not been wasting time building new game plans.

After five years in a 4-3-3 formation under Laurent Blanc and Emery, Tuchel has brought in new tactics, including a 4-2-3-1 with Neymar repositioned in a No. 10. A very pragmatic and flexible coach whose main mission is to deliver Champions League success, Tuchel has not totally abandoned the 4-3-3 and has also tested a 3-4-3 system.

By giving a more central role to Neymar in organising his team's game rather than playing on the left, Tuchel can also field a very potent attacking trident of Angel Di Maria, Edinson Cavani and Kylian Mbappe.

"It's very important to change the structure," Tuchel said. "I take responsibility for the organisation if we make a mistake."

Despite the lack of a big club on his resume, the 45-year-old former Dortmund coach is also succeeding in handling the locker room. Under Blanc and Emery, who both failed to guide PSG past the Champions League quarterfinals, there were repeated incidents that hampered the club's image and progression.