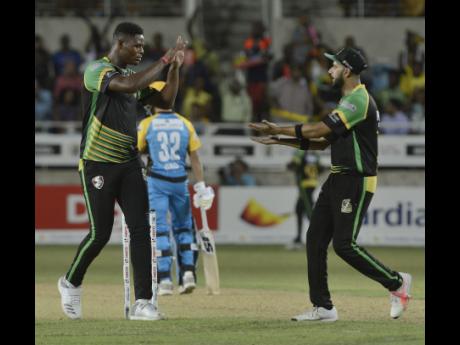 Ian Allen/Photographer Jamaica Tallawahs fast bowler Oshane Thomas celebrates with his teammates during their game against St Lucia Stars in the Caribbean Premier League at Sabina Park on Tuesday, August 14, 2018. 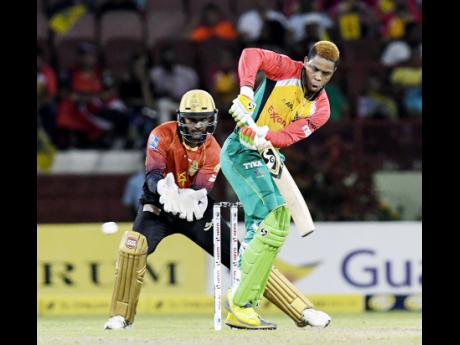 Thomas snatched 18 wickets to be among the leading wicket-takers in the tournament, Hetmyer dazzled with 440 runs for the Guyana Amazon Warriors, including his maiden Twenty20 hundred - against Thomas' side in Florida.

Ironically, Hetmyer is not a member of the Windies T20 side, but played two matches last January on the tour of New Zealand after a number of high profile players pulled out belatedly.

Tom Moody, Hero CPL's director of international Cricket, said the success of the duo had been one of the high points of the tournament.

"We have seen some outstanding performances in this year's Hero CPL, but what has stood out is the emergence of young local talent," Moody said.

"The performances of both Hetmyer and Thomas have been a highlight of the tournament. They are both set for a bright future with the Windies."

The All Star team also features Windies all-rounder Rovman Powell who scored 330 runs, along with the Windies trio of Andre Russell, Kieron Pollard and Darren Bravo.

As expected, New Zealander Colin Munro heads the side after topping the scoring charts with 567 runs while fellow Kiwi Glenn Phillips was also included after amassing 457 runs.