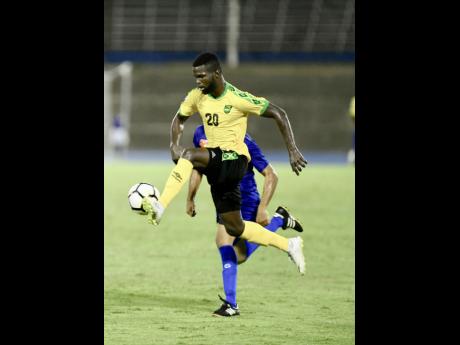 Jamaica's Kemar Lawrence (foreground) takes the ball under control while being chased by Cayman Islands defender Kyle Santamaria during the Concacaf Nations League game at the National Stadium on Sunday, September 9, 2018. 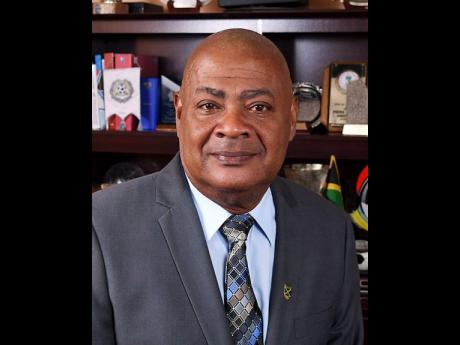 Jamaica Football Federation (JFF) president Michael Ricketts said that he is disappointed at how late Cuba decided to cancel the friendly international games against the senior national men's football team.

The Reggae Boyz were set to host Cuba at the Montego Bay Sports Complex on October 2, and have another game three days later at the Drax Hall Sports Complex in St Ann.

However, the plans have been scrapped since the Cubans could not get seats on the flights booked around the time of the match.

"We've been having negotiations for maybe three months now, and we virtually would've gone through every single detail," he said. "We looked at the days when they would come in, how long they would stay, and I thought that every single thing would have been regularised and in place, only for them (on Wednesday) to say that they cannot get the flights to meet the dates that we had proposed. They were suggesting other dates, but we just couldn't fit into that schedule. So we have asked them to look at a later date and, of course, in the meantime, we'll be looking around for other games to replicate what we would've had with Cuba."

Ricketts said that he is most disappointed at the missed opportunity for the younger players in the national squad to get what he describes as "valuable international experience."

"I'm extremely disappointed and I want to think that every Jamaican should be, especially the rural Jamaicans who'd get a chance to see the national team."

With the game proposed on October 5 in St Ann, Drax Hall would have been hosting its first friendly international game, as the JFF had inspected as passed the venue as fit for the event.

"We looked at what Drax Hall had to offer on the night they (Mount Pleasant Academy) had the practice game with Cavalier and we thought that they were ready to have this international game."