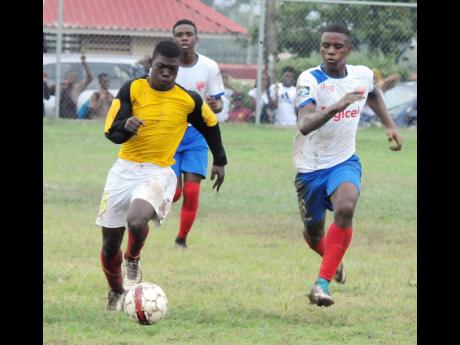 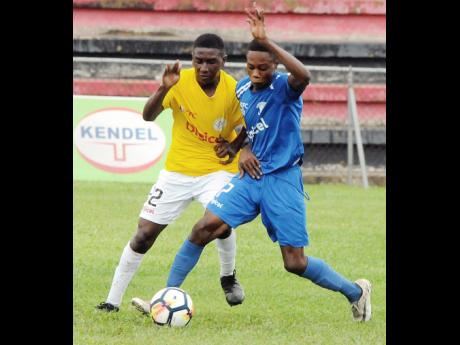 High-flying Wolmer's Boys will be seeking their fifth straight victory in Group G of this year's ISSA/Digicel Manning Cup competition when they take on Pembroke Hall today.

Wolmer's, who reached the quarter-finals of last year's competition, will enter today's contest oozing confidence after their narrow 2-1 win over previously unbeaten Holy Trinity on Monday.

The Alex Thomas-coached unit lead the group with maximum 12 points from four matches.

Wolmer's, who last won the competition in 1994, will be depending heavily on the likes of Tajay Griffiths, Nickache Murray, Benjamin Phillips, and Cleon Haynes to lead their charge to victory.

Pembroke Hall, who have failed to make the second round of the competition in more than 15 years, have recorded one win in the tournament so far against Jose Marti.

In the group other games, Holy Trinity will host Jose Marti at the Bell Chung Oval, and Edith Dalton James entertain Waterford.

Meanwhile, Group C leaders Camperdown will be aiming for their fifth straight win today when they tackle Charlie Smith at Alpha Boys Home.

The Christopher Bender-coached Camperdown, who are unbeaten this season, lead with 12 points, five ahead of Charlie Smith and Eltham.

They are followed by Meadowbrook (three), Norman Manley (two) and Jonathan Grant (zero).

Camperdown, who made it to the quarter-finals last year, will rest their hopes on Shaquille Bradford, Shane Daley, Prince Daniel-Smith and Navian Allen to lead their charge to victory.