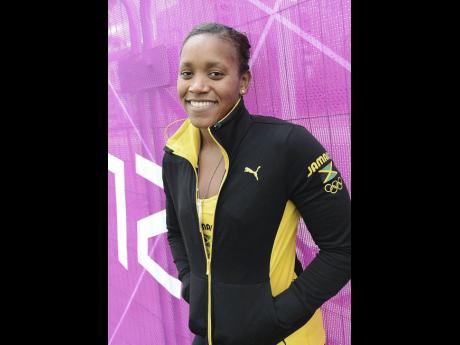 After a fortnight that has yielded a world record, champion breaststroke swimmer Alia Atkinson says she has met and passed the expectations that she set for the 2018 season. However, she says her recent speed in the pool is a far cry, she says, from a hesitant start to the campaign.

Atkinson, who won a silver medal in the 50-metre breaststroke at the Commonwealth Games in April, was speaking on Sunday, the day before she received the Order of Distinction in the Rank of Commander, the sixth highest honour a Jamaican national can receive, on Jamaica's National Heroes' Day.

Asked if she considers this a good season, she laughed heartily and said: "Yes, surprisingly, I went in it with so much hesitation about how I was going to do, and by the time I finished, I was like, well, I made my way, like I'm good."

Those games, where she was also a 100 metre breaststroke finalist, were held far earlier than championships usually are, as they tend to be scheduled for much later in the year

Her recent successes, which include a world record 28.56 seconds in the shortest breaststroke event, have her curious about how she will do in the third cluster of the FINA World Cup.

"So, it feels like everything I do in the third cluster would just be adding on to the bar which I set for myself," Atkinson projected. "Because I've already surpassed it because I never thought I would reach it that quickly."

Now 29, Atkinson's recent splash is the fourth time she has produced a world record. It was the second time she has lowered the mark in the 50-metre breaststroke, in which she owns eight of the 14 sub-29 second times in short course swimming history.

In the 100-metre variant she has twice clocked 1 minute 02.34 seconds. She first equalled that record in Doha, Qatar, in 2014 to become the first black woman to set a swimming world record and did it again in Chartres, France in 2016.

Her time in Budapest - 1.02.80 - and her form in the 50 suggests that closer calls on the record could occur with the World Cup resumes at the end of the month.