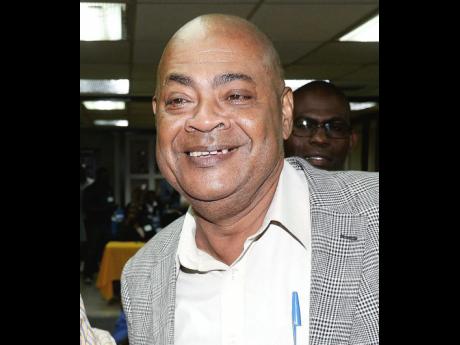 The morning after the Reggae Girlz secured their historic qualifications to the 2019 FIFA Women's World Cup, the marketing team at the Jamaica Football Federation (JFF) has been on the phones trying to rally sponsorship to adequately prepare for women's football flagship event.

President of the JFF, Michael Ricketts, says the marketing team has been instructed to get Corporate Jamaica on board as the federation is in need of money to facilitate the team's preparation for the tournament and is not yet sure whether football's world governing body will hand out preparation funds, as is the case when teams qualify for the FIFA Men's World Cup.

"I am really not sure whether we will get preparation money from FIFA, but we would love if the sponsors can come on board and help us because we will need the help," Ricketts said yesterday.

On October 1, the organising committee of FIFA discussed allocation of preparation money to teams which have qualified for the 2019 Women's World Cup. A final decision on the matter is expected on October 26.

Jamaica will know the draw for the group stage of the tournament on December 8, and Ricketts said he is hoping to secure a number of friendly internationals with teams who will be playing in the tournament at this meeting.

"In December, we will have the draw and there we will try to secure some friendlies with those countries who will be at the tournament," Ricketts explained. "But we would love to get some sponsorship so we can take on these games and also have a camp or two for the Girlz."

The Bob Marley Foundation is one of the premier sponsors for the team currently and Ricketts is grateful for the support.