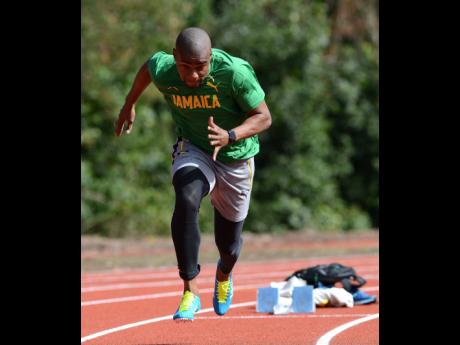 Olympic 200m bronze medallist and former Calabar High School athlete Warren Weir said that the school refused to treat a stress fracture he developed, citing him being a final-year student.

Weir was speaking on the first episode of his 'Weirz World' podcast titled 'Who Am I,' and said he struggled with the injury in his final year, 2009, because of a lack of financial support.

"My last year of high school, I got a stress fracture and I struggled to get my foot better because it was my last year of school and the school decided that they weren't going to help me to fix my foot," Weir said. "You know, struggling me, with no money, I had to tough it out and find means of taking care of my foot. So I thank God for my auntie. She actually helped me in the rehab of getting my foot better and also, Mr (Glen) Mills came in the picture. Several people reached out to me and that's how I got over my stress fracture in high school."

Weir, now training in Florida after leaving the Glen Mills-led Racers Track Club, said that this influenced his decision to bypass school for a professional career.

"After leaving high school I said: "I wasn't gonna run for no more school again," he said. "So I said, "Yow, mi nah go a college again yuh nuh 'cause si mi deh a Calabar and my foot mash up and dem couldn't tek care ah my foot. Mussi because I wasn't going back to school. That's where my whole transition of leaving high school and going professional came into play because I decided seh 'Yow, nuhbody else nah get fi use me yuh nuh. If anybody ah use me, ah miself. "

STAR Sports reached out to Weir's coach at the time, Michael Clarke, for a response to the matter but calls to his cell phone went unanswered. Then assistant coach Michael Pryce, however, refused to give a response to Weir's claims when contacted.