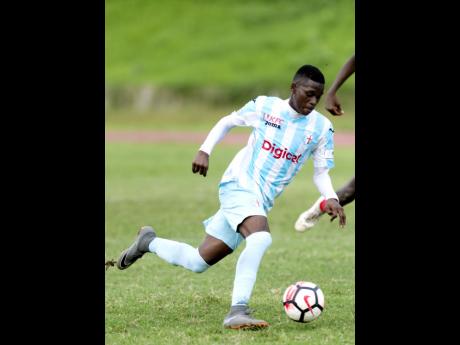 STGC, who are also in the semi-finals of the ISSA/Digicel Manning Cup competition, booked their spot in the Champions Cup last four with an easy 5-0 win over St Andrew Technical High School.

The Neville 'Bertis' Bell-coached team is aiming for a second hold on the title, having won in it 2015.

However, they are expected to face a stern test against Cornwall College, who are one of the semi-finalist in the ISSA/WATA daCosta Cup competition.

St George's will rest their hopes in the hands of captain Cheva Denton, Nathaniel Campbell, Damani Harris, Jordan Peterkin, and Chantomoi Taylor to lead their team to victory.