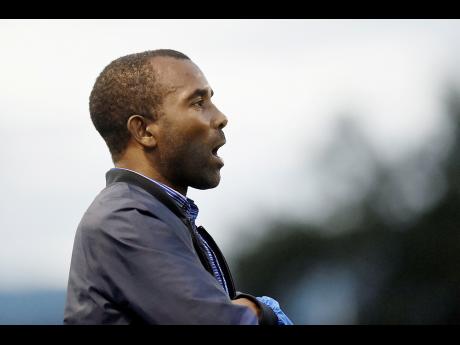 It might seem a daunting task, but Cavalier boss Rudolph Speid is approaching tonight's Red Stripe Premier League (RSPL) feature against second-place Mount Pleasant Academy fully confident that his team will be able to secure a win.

Speid says that his team is built to win anywhere and despite Mount Pleasant's impressive squad and strong crowd support, he has no doubt that his Cavalier unit can upset the furniture in St Ann, boss the game, and come away with maximum points.

"We can beat any team anywhere; it doesn't matter where we are playing. Our team is built to play anywhere, so we are not perturbed by playing there (Drax Hall). People will talk about their 12th man, well the 12th man for me is the ball, so we will hold on to it and see what happens," he said.

One of the reasons for Speid's confidence is the return of his team's national Under-20 players from international duty.

Cavalier had players like Jaedin White, Jamoi Topey, Nique Daley and St Michael Edwards in the national squad, and with a return to full strength, the Cavalier boss expects an even better second round for his club, which started the round in sixth position.

"They (Mount Pleasant) are a very good team, but they can be beaten, as you saw in those three games. They tend to either win or lose, so they play to win, and once you play like that, you give up chances," Speid added.

Two of Mount Pleasant's defeats came at home, while Cavalier have won two of their six games on the road so far this season.