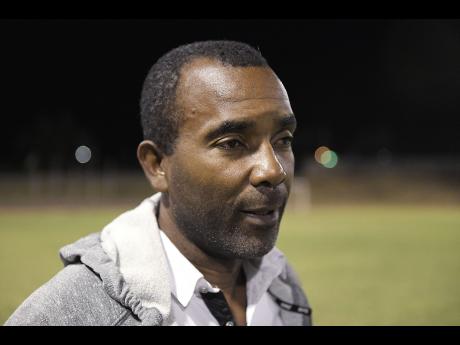 However, it seems Rankine will continue playing his football at the Stadium East Field for the remainder of the season.

"We can't just sell our young and promising players," Lawrence said. "We just have to know how we do business in football."

But Lawrence said that he will not stand in the way of any player who wishes to join another club in the case of a permanent deal.

"There is a fee attached to every player that is under contract with us," he said. "If Cavalier want to have him permanently, then we will look at the possibility of moving him on. We are not holding down any player, so if they want to move, we will give them that right, because players come and players go in the football market."

When contacted about the agreement Cavalier have with Sandals regarding Rankine, technical director Rudolph Speid, said for now, he can only say the player is on loan for the full season.

"As far as I know, Rankine is not going back in this transfer window. I can't remember what his arrangement is off hand, but he will be here for the full season. That I am sure about," Speid said.

When asked if Cavalier have any intention of signing Rankine on a permanent deal, Speid told STAR Sports that it is something that they will see about in the summer.

"It would be inappropriate (to discuss now)," Speid said. "The club loaned me a player, so when time's up, we'll discuss it."