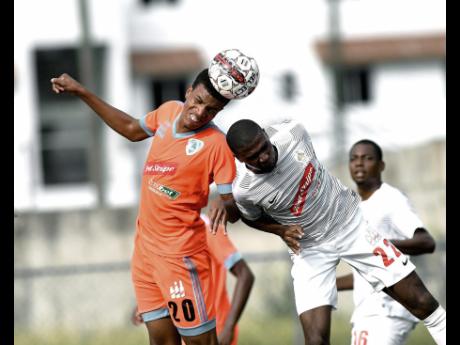 Sandals South Coast FC coach, Aaron Lawrence, says that midfielder, Leonard Rankine, will remain on loan at Cavalier for the rest of the 2018-19 season.

Following a recent reports that the lanky midfielder could be returning to the Western Super League to help Sandals regain promotion to the Premier League, Lawrence insists that the national invitee midfielder can stay at Cavalier as long as he wants.

"Rankine is there at Cavalier for the rest of the season. I send my players where I want to and me and Mr Speid are one," Lawrence said. "The players are out on loan and some are out on season loan while some will come back in January. Rankine was on loan for the season and we have no problem with Cavalier. If Mr Speid wants to keep him one year, two years no problem. However long Speid wants the player for, he will stay there. We and Cavalier are working as one."

Speid added that the player who has been very influential this season is enjoying his time at Cavalier and is very committed to their cause.

"It's really just a rumour. There is no verbal fight for the players, we (Sandals and Cavalier) have a very good relationship. We (Cavalier) have three players from Sandals and I have spoken to Aaron and he's good. Even the other two players who were thinking of going back, he says if they want to they can stay, so there is nothing of the sort.

"Rankine is on loan to us for the full season, so there is no way that Rankine is going back to Sandals. He has almost played every minute and he has been very influential for us and he will remain for the rest of the season. There is no transfer back to Sandals this season, plus he is very happy here and very committed," he said.