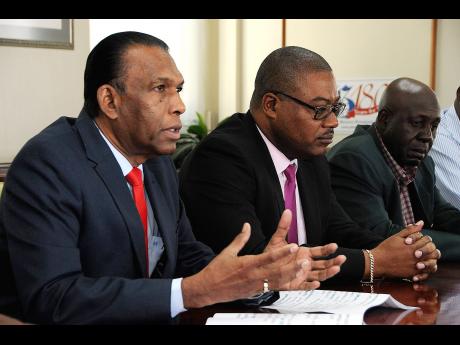 Jamaica Cricket Association (JCA) chief executive officer, Courtney Francis, is projecting that three Jamaicans will be representing the Windies Test teams within the next five years.

Speaking at The Gleaner's Editors' Forum at its headquarters on North Street, Kingston, on Tuesday, Francis said that he is pleased with the number of cricketers representing the country in other formats of cricket, however, the numbers in Tests need addressing. This he said, will be one of the results of the JCA's 10-year plan to improve the quality of Jamaican cricketers, set to come to fruition in 2023.

"As it is now, we do believe that we are producing players for the ODI (one-day international) teams and the Twenty20 (T20) teams," Francis told STAR Sports. "Those are reflected in the numbers that we have about four persons in the teams. Where those groupings are concerned, our Under-15s, Under-19s, our Women, our T20, our ODI teams, we have good representation, but for our Test team, we don't. The plan that is afoot will ensure that in the next five years, we will have three persons and in the next 10 years, we will have significantly more than three."

Francis said that signs at the developmental level of Windies cricket are positive and this favours his projection.

"We believe that we have a lot of persons from our A teams and our B teams and we expect a matriculation to take place in short order," he said.

JCA president, Wilford 'Billy' Heaven, agrees with Francis that the Jamaican representation is good across many tournaments, but he is surprised about why there are not more in the Windies Test squads in recent times.

"Sometimes you have to wonder what explains the selection process, but I'll leave it at that," he said.

Jamaicans playing for the Windies over the past two years:

Windies Women - 4, one as captain

Windies ODI - 9, one as captain