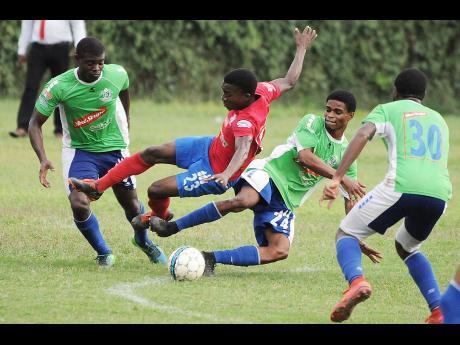 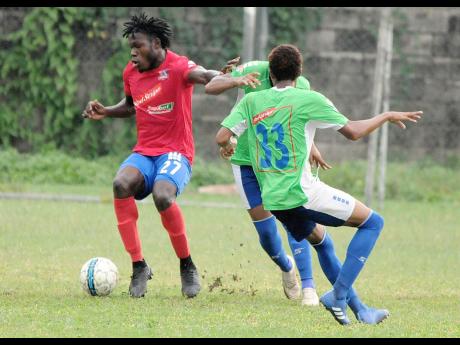 After going down to their sixth defeat of the Red Stripe Premier League (RSPL) season yesterday, Montego Bay United's coach Dillion Thelwell said they are looking to strengthen in the transfer window.

Montego Bay were down 2-1 to Dunbeholden, who got goals from Lorenzo Dubidad (30th) and DeAndre Thomas (39th) at the Royal Lakes Sports Complex and after seeing his team put the home team on the back foot for most of the match but failing to take advantage, Thelwell said the aim is to boost their attack during the upcoming window.

"I think we are having a problem up front without a killer-instinct striker. But the transfer window is coming up and we are looking to get one (striker) for the team.

"I am not going to mention any names right now but we are looking to strengthen," he declared.

The visitors looked the better team for most of the first-half but they had to be wary of the hosts who always looked threatening when they attacked.

Thirty minutes into the game Dubidad capitalised on a good attacking move to put the home team ahead. Then nine minutes later, before Montego Bay knew what hit them, Thomas popped up to score a second to give Dunbeholden a 2-0 advantage going into the break.

Montego Bay came out even more purposeful team after the interval but good goalkeeping from Giovanni Smith, coupled with strong defending from the home team, kept them at bay.

Jourdaine Fletcher was Montego Bay's biggest threat for most of the contest, and it was he who started the move and made the final pass, which resulted in a defender bringing down a Montego Bay player in the box, for a penalty in added time. Orlando McBayne then held his nerve to score a second time from the spot after the referee ordered the kick to be retaken

Thelwell thought overconfidence cost them in the first half.

"We started the game very well but were exposed in midfield in the last 15 minutes of the first half. We just took things for granted because the game was so easy," he said.

But despite the team's below par performance this season, Thelwell is confident of turning things around.

"Those three points would have been a big thing for us because we came here expecting three points but we are confident we can turn it around," he said.

Meanwhile, Dunbeholden coach Michael Cohen, said getting their first win at home was a great boost.

"This is our first win here (home) and this was a very good three points, three very influential points because we have been playing well but haven't been scoring, today we scored two goals and defended stoutly," he said.