Brown wants to improve for Reno 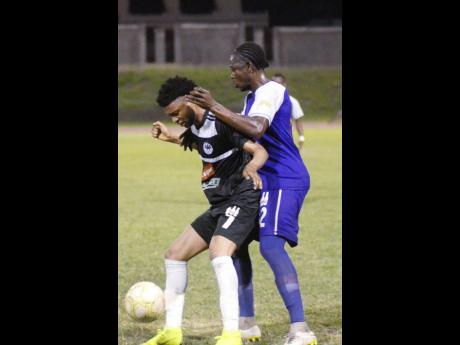 Reno midfielder Javair Brown has been one of the few shining lights for the Westmoreland club in what has been a very trying Red Stripe Premier League (RSPL) season so far.

But Brown, 22 years old, who is in his first RSPL season believes he is contributing far less than he is capable of and is working extremely hard to improve his game, as he believes the more he can contribute on a consistent basis, the better results will be for his team.

"From the get go in preseasons, I have put in the training and it has paid off so far in the regular season, so I am just continuing the work. This is my first season in the Premier League. I was at Sporting Central Academy and I got a contact from the management of Reno FC saying they wanted me and I decided to join them for the preseason," he explained.

"It a season of ups and downs for the team and we are not getting as many wins as we should. But we are trying to put things in place," he continued.

Brown has one goal and two assists this season, but says he expected more of himself. "For me, I started the season a bit slowly, but I have been picking up over the last few games. My objective in the league as a newcomer is to score about five goals and have at least five assists, so I am definitely not pleased with it.

In their game against Cavalier at the Stadium East Field on Sunday, Brown was a constant threat for the visitors and kept the host on their toes throughout the contest. He even had one effort cleared off the line by a defender after he caught the goalkeeper out of position. But he insists everyone must pull their weight to elevate Reno from the threat of relegation. "The team needs to improve, especially in our home games. We need to get maximum points. But we have to take it one game at a time," he added.

Reno sit just over the relegation zone, in 10th with 13 points.