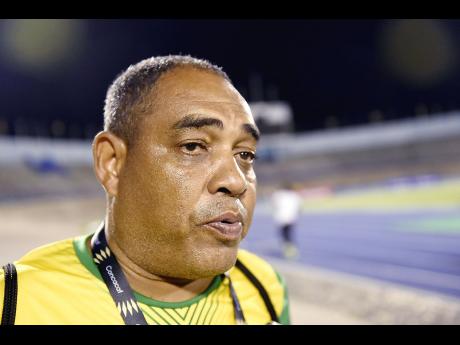 With Jamaica set to make an historic entry into the Women's World Cup next June, Reggae Girlz coach Hue Menzies has appealed to the corporate sector to help.

Speaking on Sunday, Menzies asked for financial support to allow the Girlz to compete well when the World Cup begins. He pinpointed practice games and match analysis as two of the areas that require support.

At a meet-the-Girlz press briefing at The Jamaica Pegasus hotel, in Kingston, coach Menzies explained that preparing to compete at the world level is costly. "We have to really look at the budget", he said. "Obviously, JFF is worried about that, but we hope that corporate Jamaica will step and help. We're at the next level now, so preparation is not cheap."

The coach is keen to boost the capacity of the coaching staff in the area of match analysis. Noting modern trends in that area, he said: "Match analysis is getting to a point now where you can actually have the information during the game by earpiece, rather than half-time, where you can pull players out and actually see their percentage of passes, where their weaknesses are, and so forth."

"That needs to be taken care of", he surmised, "and then we got to look at like our opponents, and that's important."

Menzies reported that several countries have indicated an interest in playing Jamaica in World Cup warm-up games. "Obviously, they want to play us because of our athletic ability, and it's Jamaica", he offered.

"They do want to play us, but then again it comes down to the financial component", he recorded. The call for support was echoed by Cedella Marley, who heads the Bob Marley Foundation, which has been the team's prime backer so far.

Some of the international interest derives from Jamaica's standing in the world. Menzies believes other nations are attracted by a combination of the Girlz' football prowess and the power of brand Jamaica. Remembering how Jamaica was received at the World Cup draw in France, he marvelled, "I didn't know that until I went to Paris, how big our brand is."

At that event, Jamaica was drawn in Group C, with Brazil, Italy and Australia.