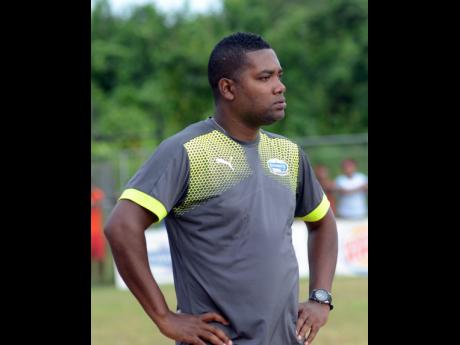 Dunbeholden coach, Michael Cohen, says his team's recent good run is a result of their ability to concentrate to the final whistle.

And with their improved display, he believes his team can take advantage of Mount Pleasant, who has had a poor run of form and have won just once in their last six matches.

Cohen noted that they have lost most of their points in the last five to 10 minutes of games this season, due to a lack of concentration.

But he says they have improved in their concentration of late and that has helped them to see out games. In the last few games, they have registered a 2-1 win over Montego Bay United and a 1-1 draw with Cavalier.

"Of late, the guys have been really finding their confidence. The recent results have really been a morale boost for the guys. They are really working hard and they are pumped up for this one," he said.

"But now we have started to believe in ourselves. We were conceding in the latter parts of the games, but the players know that if they really put their heads to it, they can do the job and get to it so we can complete the puzzle.

"But we are much stronger mentally and they are playing out the games. So we are going for the win (today) and if we can't get the win, we try to will get a point," he told Star Sports.

"But, hopefully, we get the win, as that is our intention. They have a good team, a very strong attacking team. We are looking to exploit their poor form, we have to continue from where we are," he said.