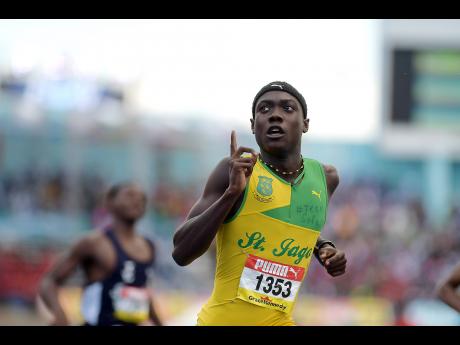 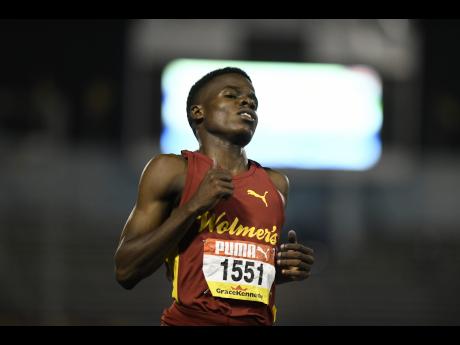 Vascianna, who was the GraceKennedy ISSA Boys' Championships Class two winner in the 110 metres hurdle event, showed that he is in great form going into the new season after winning the Class two 150 and 300 metres. He blitzed 16.49 seconds in the 150m to break the three-year-old mark of 16.58 seconds.

Hinds ensured that his school ended the day with double success after good runs in middle-distance events by capturing the 1000 and 3000 metres Open events .

Wolmer's duo of Xavier Nairne and Jeremy Farr continued their fine form following their good runs a week earlier at the Wesley Powell Meet. They took the top two spots in the boys' Class one 300 metres. Nairne stopped the clock at in 35.09 seconds, while Farr registered 35.26 to win his heat. Ashane Beckford of Garvey Maceo grabbed the third spot in 35.33 seconds.

Holmwood Technical's Samantha Pryce, who was the most dominant female athlete on the road this season with wins at the Digicel and GC Foster 5K along with the Burger King Portmore and Reggae Marathon 10K events, continued her tremendous form on the track after topping her rivals in the Open 1600 metres. She rewrote the record books with her 5:19.28 effort which erased her previous mark of 5:25.57. Spalding High's Cheriece Cope 5:19.28, finished second inside the old record as her teammate Kimone Campbell took third in 5:31,52. Pryce took second in the Class two 1000 metres in 3:08.63 as teammate Dahiama Williams won the event in 3:06.99, with third going to Spalding's Kimora Austin in 3:12.53.