Portmore not ruffled by defeat 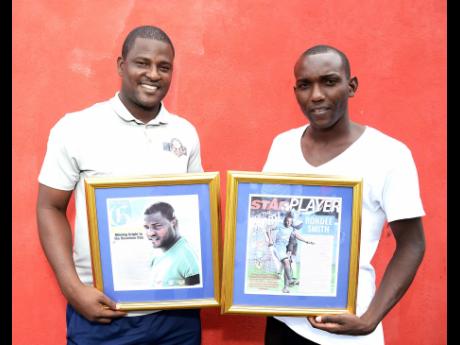 Portmore United suffered their third defeat of the 2018-19 Red Stripe Premier League season on the last match day of the year to snap their nine games unbeaten run.

The 2-1 loss to Cavalier on December 23 has also cost the defending champions their number one spot in the league table as they have been overtaken by last year's beaten finalist, Waterhouse FC.

But head coach Shavar Thomas is not perturbed by the hiccup, as he believes his side has laid a solid foundation to make another run at the regular season title.

"We are not worried about not being in the number one spot right now," he said. "We have done some good things in the first half of the season that we are looking to build on in the rest of the second round and the third round."

Portmore finished atop the table last season with 70 points to win the $1-million prize money, and Thomas believes his side is positioned to do the same this season.

"The prize money to win the regular season is very enticing, and finishing atop the table will give us confidence going into the play-offs, so it is really important to us," Thomas said. "We still have work to do. We are far from being the finished product; but we don't want to be the finished product now, because we still have a long way to go."

Portmore have netted 28 times this season, with former Happy Grove School standout Rondee Smith leading the way with eight goals. But even though they have been scoring, Thomas is looking to bolster this department in the imminent transfer window.

"In the striker position, we are looking to improve because we want more goals and we are not only playing in the RSPL but in the Caribbean, so we want the best players to showcase all the time," he said.

Thomas was voted The Gleaner Coach of the Month for October.