Cavalier have the best players in RSPL- Gayle 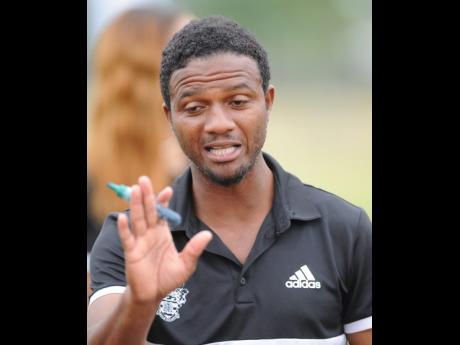 And Gayle anticipates an intense match-up when Cavalier travel to Drewsland for the opening game of the year when the RSPL resumes on Sunday.

"I think they probably have the best players in the Premier League despite their age. It's always exciting playing against Cavalier; they have a youthful cadre of players, and it is always a humdinger [to play against them], so I am expecting a good game from them," he told STAR Sports.

Waterhouse, who have only lost twice in 18 games this season and have not tasted defeat in 12 matches, lead the table on 34 points, one ahead of defending champions Portmore United and three more than the fancied Cavalier.

But despite sitting atop the RSPL standings, Gayle insists his team is a far way off from where he expects them to be, and he is hoping that they can continue their consistent run through the remainder of the season.

"We still think we haven't done enough as yet. We think we still have much more to do and much further to go. The break has been very timely as for the last four weeks, we have had six to seven matches, and it was rough, so we welcome the break. But this is not a break to holiday or party; it's a break for recovery to come back. We want to be hitting the deck right through the season, and we want everybody to stay fit and sharp, so we are looking forward for the competition to come back around," he said.

With the January transfer window now officially open, Gayle is also looking to improve the squad but has not yet identified any targets.

"It is always good to add players. It is never over until it's finished, and clubs around the world spend millions to improve, so I don't see why we can't improve our squad. We have a great squad, but it can get better, and anybody out there that can help us get stronger and get better, we will go after them. But for now, we don't have any targets, but we are looking out for players," he said.