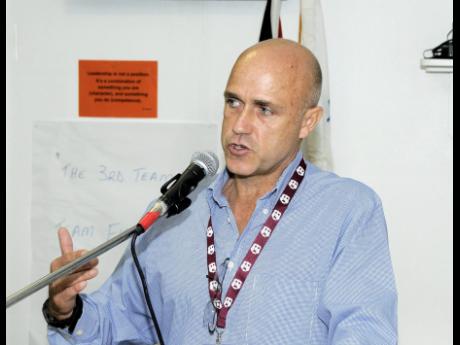 Cricket West Indies chief executive Johnny Grave confirmed the development in an interview with the Trinidad NewsDay, pointing out that Pybus would lead the men's squad until the end of India's tour of the Caribbean next September.

The 54-year-old replaces Australian Stuart Law who resigned last September to take up a new post as English county Middlesex.

Law left following the tour of India in October with South African Nic Pothas taking charge of the subsequent Test and one-day series against Bangladesh.

West Indies ended the tour with Barbadian Floyd Reifer in charge for the three-match Twenty20 series.

Pybus was announced as CWI's high performance director last February on a two-year contract, just over a year after leaving the post of director of cricket.

Pybus is a former Pakistan and Bangladesh coach but has not managed a major cricketing nation since he prematurely ended his stint with Bangladesh six years ago.

While he is credited for having successfully overseen the implementation of the Professional Cricket League in the Caribbean four years ago, he has courted controversy with his crafting of the policy which required players to play domestic competitions in order to be eligible for international selection.

West Indies have an active 2019 which includes a full series against England bowling off January 23 in the Caribbean, and their campaign at the ICC World Cup in England starting next May.