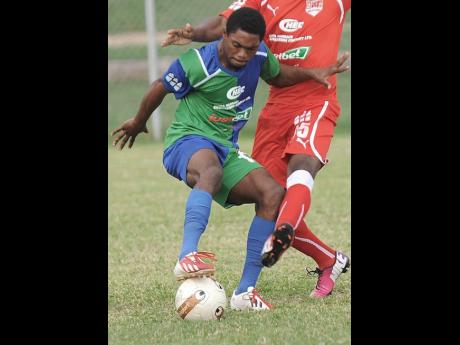 The managements of Red Stripe Premier League outfits FC Reno and Montego Bay United said while they are aware of rumours of Falmouth United's interest in players affiliated to their teams, the Western Confederation Super League team has not yet made a formal request.

Reports of MBU's forward Allan Ottey and Reno central defender Teshane Campbell making a move to the Kymani Marley-owned Falmouth United surfaced early last week after they were seen in training with the squad.

"There was no formal application made for his request so we can't speak about it as yet. When that comes into us, then we can shed some information. But as it stands, there is no confirmed report on Teshane (Campbell)," said Godfrey Drummond, coach of Reno.

Operations Manager at MBU, Sandra Christie, said there is a transfer process, which must take place in order for Ottey to leave.

"The process would need Falmouth United to write to advice MBU their interest in obtaining the player in Allan Ottey. To date they have not yet done so," said Christie. "So while there are rumours of him training there, or that the player might have indicated that he wishes to go there, we have had no formal contact from Falmouth."

She continued: "We have very good relationships with Dr Weatherly (coach of Falmouth United, who also lead MBU to the Premier League title in 2014), and he is familiar with the applications or requests, so we would expect him to direct Falmouth United accordingly," she added, when asked about the relationship between both parties involved.

In an interview last week, Drummond told STAR Sports that the club would be parting company with some of their players that they believe lack discipline and commitment to what they are trying to achieve. Campbell, who was named team captain at the start of the season, has fallen out of favour with the Westmoreland-based club and is likely to be one of such players after not featuring for the club over two months now.