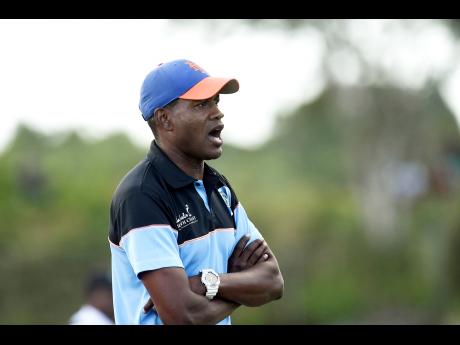 Sandals South Coast FC are relying on the youths in its ranks to help them get back to the Premier League. Sandals were relegated from the nation's top flight football in the 2017-2018 season.

Now participating in the JFF Western Confederation Charley's JB Rum Super League, the Aaron Lawrence-coach is yet to stamp its class on the competition. Sandals currently sit in fourth place in the six-team zone. The zone is being led by Faulkland FC (13), Granville United (10) and Harmony FC (8).

Zone two is lead by Falmouth United who is also unbeaten from five games.

Sandals on Sunday registered a 2-0 win over Harmony FC at the Bounty Hall Community Centre on Sunday.

"It's early days. We have some youngsters that we are using in the competition, who have never played at this level before, so it takes time to gel. They are now gelling and looked much better on Sunday," Lawrence said.

"It was one of our best performances throughout the season and we plan on building on in going into the next game on Saturday."

Sandals will next play against Somerton FC at the Dumfries Community Centre.

Meanwhile, Lawrence said that Sandals is determined to get back to the Premier League.

"The RSPL is the highest level of football in Jamaica. We think that we should have been there, especially after getting the opportunity and didn't take it the way we were supposed to. However, we are rebuilding and is very much focused on the task at hand," said Lawrence.

"We have brought in some players who have so far made a difference in the team," he added.