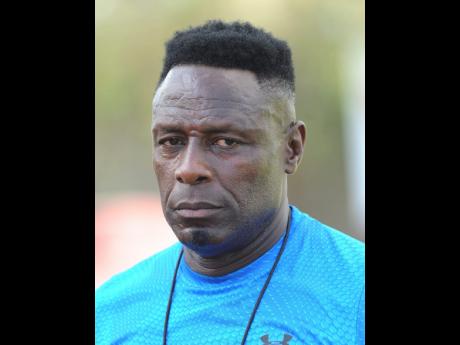 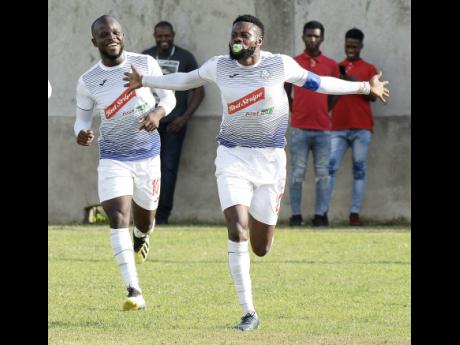 Ricardo Morris (right) of Portmore United celebrates with teammate Javon East after he scored against Mount Pleasant Academy in their Red Stripe Premier League match at the Spanish Town Prison Oval on Sunday.
1
2

Arnett Gardens head coach, Jerome Waite, has urged his players to step up their game against leaders Portmore United today after the 'holiday mode' squad played to a 0-0 draw with lowly Harbour View in the Red Stripe Premier League on Sunday.

The former title holders will host the defending champions at 7 p.m. at the Anthony Spaulding Complex at 7 p.m. and Waite says they must improve to get a positive result in today's match.

"The holiday day break was obvious in the last game we played and by our standard it was a lacklustre performance. So we will have to step up a notch for this game as Portmore will be running hard," Waite warned.

"This is always a pretty tough game. Portmore are the most consistent team in the league and they are still leading by two points. Arnett have not found their footing as yet but, despite the many injuries, we have to keep on working," he added.

Even with a team not at its best, Waite believes they have held their own thus far but thinks they still need to be more clinical in front of goal.

"It's not a bad showing from us in this round. We have only lost once. But goals are hard to come by as teams are adjusting to playing each other and they realise that if they have to put more players in defence they will make that adjustment.

"But we are not finishing. We could have been higher up the table or leading (the league) based on the amount of games we drew that we should have won," he added.

Portmore are on a high after clipping Mount Pleasant 1-0 on Sunday with a goal from Ricardo Morris. In their first encounter this season Arnett were outscored 3-2 by Portmore at the Anthony Spaulding Sports Complex last October.

Portmore lead the table with 36 points, two more than both second place Waterhouse and Cavalier who are in third spot. Arnett are fourth with 31 and they are followed by Mount Pleasant Academy and UWI FC on 27 each.

3 p.m: Reno vs Dunbeholden at Frome