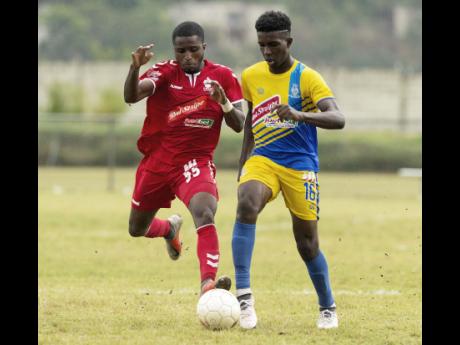 Harbour View FC coach, Fabian Taylor, says improving the club's home record will be at the forefront of their minds when they host Cavalier in their Red Stripe Premier League (RSPL) this evening at 7 o'clock.

Of the nine matches, Harbour View have contested at their east Kingston home ground, they have won just once, while losing and drawing four each. They are the worst home team in the league with seven points from their nine games, scoring seven goals and conceding 14.

In comparison, their opponents today have 17 home points with 13 goals for and eight against.

Taylor says the next step is to improve their home form, as they will need to win all their remaining games to have a chance of making the top six.

"All the games from now on are finals for us. We have not been winning games at home and we hope to turn it around and take the points against Cavalier," Taylor told STAR Sports.

Taylor's team has not tasted defeat in five games and he said the turnaround to their season is a result of serious soul searching, keeping a core group of players together and strengthening the mental fortitude of the players.

"We have made some improvements in the team, how we play and how we defend as a team, and most of that is down to keeping a strong unit together."

However, he says ace midfielder Peter-Lee Vassell, who has been drafted by Major League Soccer outfit Los Angeles FC, will be missed.

Peter-Lee is a very important player for us. But we have young players that can do a job for us and we are hoping someone can step up," he added.

Cavalier technical director Rudolph Speid said he anticipates a very 'tough' contest as his players are feeling exhausted with the games coming quick and fast.

"This will be a tricky midweek game, because the players are tired. We are trying to manage them and help them to recuperate, but it has been a long season. Harbour View have got players in while we have the same squad, so it will be a difficult game," he said.

Harbour View are ninth, with 24 points, in the 12-team league. Cavalier are third with 37 points, the same as second-place Waterhouse. Portmore lead the standings with 39 points.