Throwers ready to stand up for STETHS 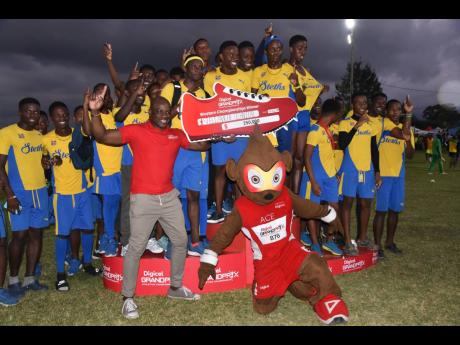 St Elizabeth Technical High School boys, who are known for their exploits on the track, are looking to pick up crucial points in the field at the 2019 ISSA/GraceKennedy Boys and Girls’ Athletics Championships (Champs) especially in the throwing events.

The Santa Cruz-based institution has acquired the services of former Jamaica College throws coach Elton Coombs two years ago; they are hoping the move will pay dividends this year.

Coombs believes the throwing events played an important role in STETHS tallying their highest-ever points total at the Western Championships earlier this year and this is an indication of the role they will play at Champs next week.

“The throws this year have been very good in terms where we are coming from. Right now, the throwers are ready and poised, and I believe that they will execute on the day. The overall development of the programme has been great. I think the boys have taken to it a bit more than the girls, but let’s see how it goes at Champs,” said Coombs.

“Yes, the throwing team did (play a key role in the performance at Western Championship) because we found some key points that we never got in past years. I think we more than doubled the score that we usually get (in the throws),” he added.

“I am looking forward to this year’s Champs to be a good one for the Class One boys, especially in the discus.”

Class One discus and shot put thrower Lashaun Smith, who threw a personal best of 52.87 a few weeks ago at the Charlie Fuller. Meet, had kind words about his new coach’s impact on the team.

“My coach has a lot of influence on me and my performances this year. He has changed up our mindsets and views on certain things as it relates to track and field and the number of opportunities that lie in this discipline. Last season, I haven’t been on top, but this year I feel like I’m getting somewhere. I’m not there as yet, though,” said Smith, who is targeting a massive personal best at Champs.

“I at least see myself at third right now, but over the short time left before Champs, I feel like I can get into second place. The distance I am targeting is anywhere above the 60m mark, around 62m or so. I know it’s not going to be easy but I am working hard at it,” he added.