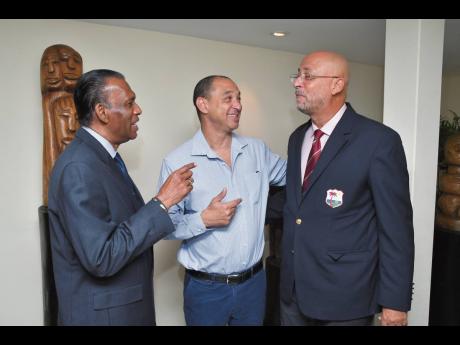 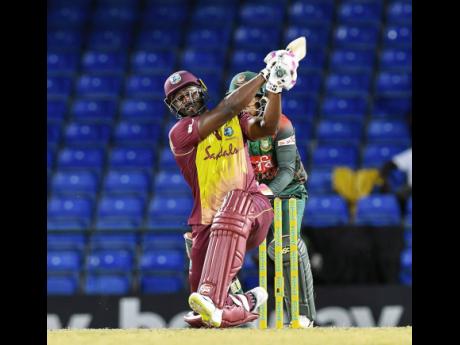 Jamaica Cricket Association (JCA) president Wilford ‘Billy’ Heaven says while he is thrilled to see five of the nation’s players named to the Windies’ 15-man squad for the upcoming ICC World Cup, he had no influence on the selection process.

The quintet consists of experienced all-rounders Chris Gayle and Andre Russell, Sheldon Cottrell, and Fabian Allen and Oshane Thomas, both of whom will be going to their first World Cup.

Kittitian Ricky Skerritt was elected president of Cricket West Indies (CWI) at its annual general meeting last month, in an 8-4 win over incumbent Whycliffe ‘Dave’ Cameron. In the lead-up to that election, the JCA had said that it will give its two votes to the man best suited for the position and not necessarily Cameron, simply because he is Jamaican. With Skerritt winning, it was believed by many that the JCA had voted in his favour.

Last Wednesday, Skerritt, who visited the island, hosted Heaven and other stakeholders of West Indies Cricket at a high level meeting at the Terra Nova Hotel in St Andrew to discuss ways of taking the sport forward in the region. Skerritt said then that CWI selectors had an idea of the World Cup squad and would be making its official announcement in a matter of days. With that announcement coming yesterday, Heaven has denied suggestions that he had discussions with Skerritt on Jamaican players who should be included in the squad.

“No, absolutely not,” Heaven told STAR Sports. “There are some discussions that I don’t participate in, or intend to. When it comes to player selection and all of those things, there’s a process in place at CWI to address different matters. The process of selection, of course, the board has a say in those whom we choose to be selectors. Once the team is selected, it comes to the board for information. The only right the board reserves is that of a captain. The board has to approve a captain, but in terms of the players, that information comes to the directors of CWI as information only.”

Heaven said that the Jamaicans included is testimony to the JCA being on the “right path” in terms of the development of cricketers.

“Having five players from one territory in a World Cup squad is a singular achievement for the country, and the JCA as the body responsible for the development of cricket in Jamaica,” he said.

“We are proud of our players, those who have been selected. Of course, there are several others around, who are just there or thereabout. But the selection process is a very competitive one, and so, we are extremely happy to see five of our players included in the squad. It appears to be a very good, competitive group of guys selected across the region. I don’t see any reason why we should not be competitive in the World Cup.”

Heaven was specifically full of praise for all-rounder Russell, who has overcome a yearlong ban imposed by the Jamaica Anti-Doping Commission in 2017 for three whereabouts violations, which equates to a failed drug test and a recent knee injury. Since these setbacks, Russell has been one of the more consistent players in Twenty20 cricket in India this season.

“It is pleasing to see Andre back into this Windies team, and in a World Cup squad,” Heaven said. “If you are following Andre over in India (in the Indian Premier League (IPL)) right now, he’s doing particularly well. As a matter of fact, he’s doing extremely well in the IPL (with the Kolkata Knight Riders) and to see him back in a premier competition like the World Cup, is to me, the pride and joy of Jamaica’s cricket.”

The ICC World Cup, which takes place in England and Wales, starts on May 30 and ends on July 14.