Gymnasts raring to go at Pan Am 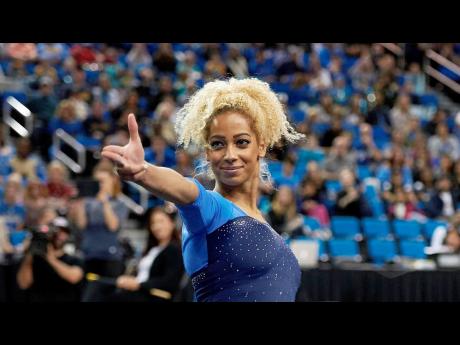 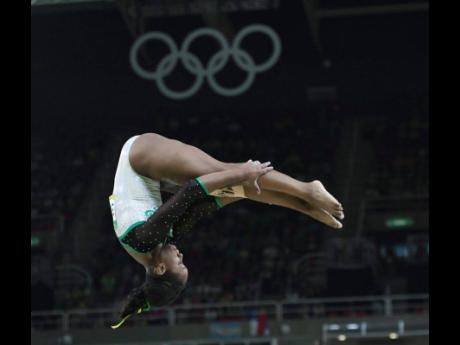 Toni-Ann Williams in full flight while competing at the Rio 2016 Olympics. 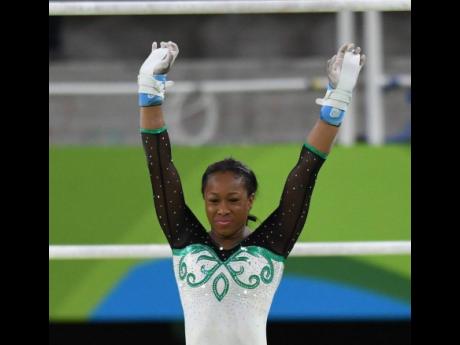 Toni-Ann Williams raises her arms after completing one of her routines at the Rio de Janeiro Olympic Games in 2016.
1
2
3

Four Jamaican gymnasts are eager to make the country's debut at the Pan American Games in gymnastics.

The Jamaica Gymnastics Association has named Olympian Toni-Ann Williams, and Danusia Francis in the female category, and Caleb Faulk and Reiss Beckford on the male side to represent the country at the July 26 to August 11 Pan American Games in Lima, Peru.

According to president of the association Nicole Grant, the gymnasts have put together some new and exciting routines and they are raring to go.

"Danusia has put together a great routine where all her passes are really sticking. She has added some new skills to her apparatus. Toni-Ann has upgraded her floor and her bar routines. Plus, she is a vault queen, so we are hoping that her vault will do justice come Pan Am and she will definitely improve on it as she works towards World Championships," Grant told STAR Sports.

Francis garnered global attention earlier this year when her routine at the Superstars Gymnastics event in London made the rounds of social media.

Williams ruptured her Achilles tendon while competing for the University of California at Berkeley in February, but Grant said she has recovered and is ready to compete.

"Toni Ann has recovered and this competition definitely will show us where she is in preparation for the World Championships, which is what we are really focused on," she said.

The World Championships is scheduled for October.

Faulk, who was requested to compete at the recently concluded Korean Cup, is ready to build on his seventh-place finish while Beckford, who represented the country in the Commonwealth Games last year, also has a new routine to display.

"He has a few new skills that he wants to show off at the Pan Am and will are hoping that all of that will work out ," Grant said.