Time for us to look in the mirror- Nevers 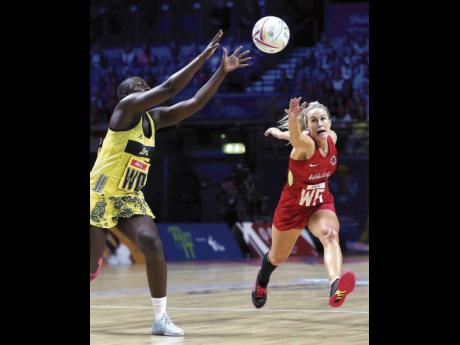 Assistant coach of Winston Nevers said Sunshine Girls team is in need of a very serious introspection after their poor showing at the ongoing Vitality Netball World Cup competition here.

The Sunshine Girls, who are ranked second in the world, are on the verge of missing out on a place in the semi-finals of the competition for the first time since 1995 after back-to-back defeats to South Africa and host England on Sunday and Monday, respectively.

Nevers, who has over 30-years of experience coaching in the sport, said the Sunshine Girls performances in the tournament so far have been very dismal and below their standards.

"We have to do some real shaking up. Even me as the coach, I need some shake up as well and also the players and everybody," said the outspoken Nevers.

"It is disappointing for me as coach and Marvette Anderson (head coach) because we have never been in this position in a long time, but we have to accept it because the results are there before us and we cannot change it."

The Sunshine Girls are set to face Scotland today starting at 11:a.m. (Jamaica time) and Nevers said he is expecting a much better performance from team today.

"We had a serious meeting this morning (Tuesday) and we spoke about everything that is affecting us in the competition," he said.

"We talked about doing the things that is basic and start all over again because it doesn't the matter the team that we are playing now, we want to go out there and show our class and represent our country in way we know we should be representing the country," Nevers said. "I think that we broke down so many times and we need to end the competition on a strong note."