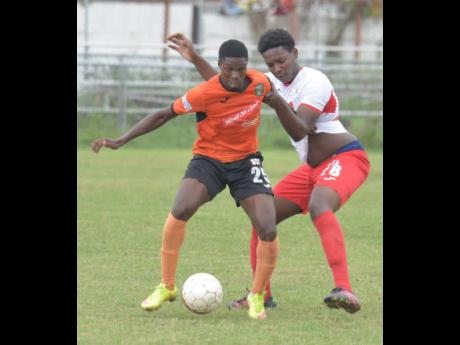 The west Kingston club lost top scorers, Colorado Murray and Andre Moulton to Waterhouse, Tevin Shaw made the switch to Portmore United, while Kemar Seivwright will be moving overseas.

Murray and Moulton have been the west Kingston's team main goal-scorers, along with Jermaine Johnson, for the last two seasons and both decided to join Waterhouse. The pair ended on nine goals each in the 2017/2018 season but last season Murray was more prolific outscoring his strike partner 12 to three.

Seivwright has been the mainstay of the Tivoli defence for the last four seasons, especially after the departure of Romaine Brackenridge to Portmore before the start of last season. They will be further weakened at the back with national defensive midfielder Tevin Shaw having agreed to join Portmore for the season.

But Williams believes they have selected their replacement wisely and will be competitive through the season.

"I don't think it (departures) will affect us much. We will miss the goal-scoring ability of Colorado and the strength at the back from Seivwright and the leadership of Tevin Shaw in the middle. But quite a few young players have stepped to the fore and are really equipping themselves. The youngsters brought a hunger to prove themselves. The experience of these (outgoing) guys will be missed but what is also important is the hunger to do more and I think this a key factor the youngsters are bringing to the team," he said.

Although Williams has placed his faith in young up-and-coming stars such as Lance Rutherford, Horace Ramsay, Treyvon Reid and Brad Pulley, he acknowledged that experience is vitally important and have not been overlooked.

"We have garnered the services of some seasoned campaigners. We recruited some experienced persons like Davion Garrison (UWI), as one of the replacement, Kemar Bennett (UWI), who scored some goals last season and we are hoping we can get the same amount of production from those guys or even more than Moulton and Murray," he reasoned.

He also thinks they have done well to fill some other gaps that needed plugging and although they haven't settled on a central defender, they have young Damarley Oliver from Dunbeholden training with them, Kevaughn Wilson from Boys' Town and Nathaniel Brissett. While, in midfield they will look to players like Andrew Christie, Roshape Sharpe (UWI,) and Dawayne Smith (UWI).

"We have lost some players but we have gained some quality players in their absence and we are building a strong, competitive unit for the season. This team is more rounded from last season and I knew the areas we had to improve. The left side area needed strengthening and we have recruited Christie and Nathaniel Brissett. It's a quality squad and it's just to get them fit and to gel. But the experienced ones will be linking with the young ones, so we should do well with that mixture," he said.