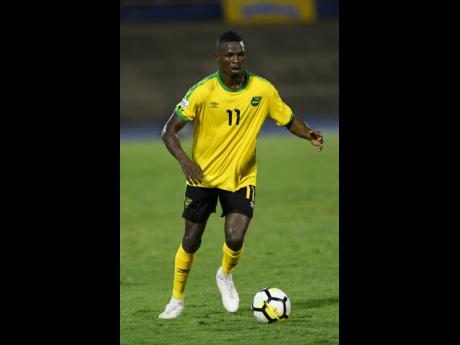 Jamaica international Cory Burke's options to find a club are becoming limited. The proposed loan deal to Norwegian club Valerenga is officially off, according to his agent, Damani Ralph.

"Valerenga is no longer an option for Cory," Ralph told STAR Sports. However, he did not give a reason.

The Norwegian newspaper the Nettavisen reported on July 27 that Valerenga were in negotiations to acquire the 27-year-old forward on loan from Major League Soccer club Philadelphia Union, which would have been subject to him receiving his Shengen Visa.

In a Philadelphia Union town hall meeting held on Tuesday, Sporting Director Ernst Tanner said the club has had multiple deals close to finished to loan out Burke, but all collapsed at the last minute.

"Today, I had another club call him off that was interested before. [He's] currently training with his old club in Jamaica," he said.

Ralph has since confirmed that Burke is in training with Red Stripe Premier League champions Portmore United and that he is looking at options for the striker outside of the United States.

But Tanner made it clear that he wants Burke back with the club as soon as a proposed loan period is concluded.

Burke has not played a competitive fixture since April 20, when he scored in the Union's 3-0 win over the Montreal Impact. He has made seven appearances for the club this season, scoring two goals.

Since then, he has returned to Jamaica due to losing his US P1 visa status and was projected to be unavailable for three to six months while the matter was being resolved, according to Tanner in May. Furthermore his status did not improve in the four months since his return to the island, resulting in him not being included in the Jamaica squad which competed in the Concacaf Gold Cup last month.

But Ralph remains optimistic that a deal can be reached before the transfer window closes.