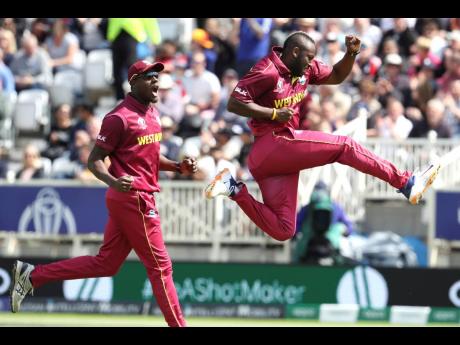 The 31-year-old told STAR Sports that he wasn’t aware that he was nominated, and he got the news of him winning the award surprisingly.

“To be honest, I was at the nets at Sabina Park on Tuesday and one of the groundsmen said to me congrats on your T20 award, and I was like ‘What?’,” he said. “I wasn’t even aware that I was nominated because I didn’t get any email or any correspondence about it.”

Russell, who has played 47 T20 matches for the Windies, beat out countryman Fabian Allen, Trinidadian Nicholas Pooran, and Guyana’s Keemo Paul for the award.

The hard-hitting right-hander, who last represented the Windies in a T20 international against Bangladesh in August of last year, said he was, however, pleased to know that powers that be recognise his contribution on the international stage.

“It is still a great accomplishment, despite knowing that I won in a sad way like that,” he said. “It is still good that the West Indies gave me this award and I am honoured. I hope that I can win it for another couple of years.”

Russell, who just recently returned to competitive cricket following knee surgery, says he has sights of playing more limited-overs cricket for the Windies in the future.

“One of the reasons why I pushed to get the surgery done is because I want to play in the longer version of the game for the West Indies,” Russell said. “I would also love to win the ODI (one-day international) Player of the Year award so that I can continue to add more and more silverware to my trophy cabinet.”