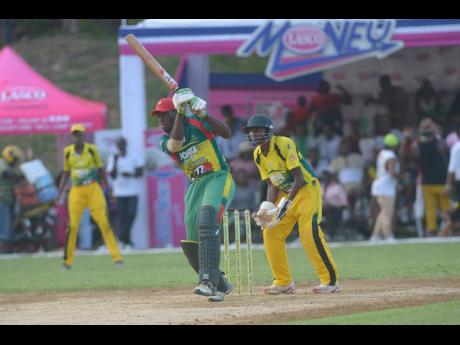 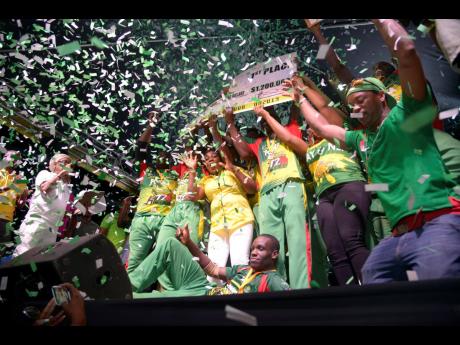 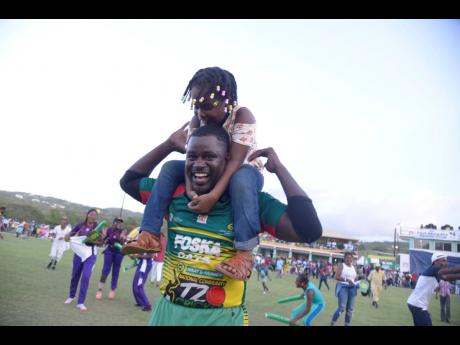 The right-handed Spencer was in a no-nonsense mood as he and Wilson brought up the teams 50 in just five overs.

Gayle CC captain Sheldon Pryce was quickly running out of ideas and brought himself into the attack, however, he would get a similar treatment as Spencer and Wilson pushed the score to 118 in the ninth over.

By this time, Spencer had brought up his half-century off just 20 balls, however, he would become the first wicket to fall with the score on 126, caught by Chisholm off Sheldon Clarke for a top score of 65, which included five fours and six sixes.

Going at over 13 runs per over, Wilson was looking to press home the advantage, however, he too fell soon after, lbw to Pryce for 57 at 130 for 2 in the 11th over.

That wicket put a slide on the Orange Hill innings somewhat, as wickets began to fall at regular intervals. A cameo 15 not out towards the end from Ryan Burnette, pushed the team's score to 203 for 7 after 20 overs as Pryce ended with 3 for 29 from four overs.

In reply, Gayle CC knew that a good start was what they needed, however, they lost Brian Robinson, lbw to Navardo Williams for nought with the fourth ball of the first over.

Things would get worse for the St Mary team, as the competitions leading run-scorer Anthony Walters was caught at mid-wicket off Williams for seven to leave the Gayle side on 26 for 2 in the third over.

When Jovian Stora sent back Mickail Downer for 17 at 44 for 3, things were looking bleak for the St Mary team, however, a mini recovery would ensue as Allando Robinson and Kashime Hoilett would put on 60 runs for the fourth wicket.

When Hoilette and Robinson were removed in the space of two overs, in came Chisholm with Gayle needing 100 runs to win.

The burly right-hander then went into freak mood hitting the Orange Hill bowling to all parts of the Noranda Sports complex.

Chisholm would, however, ride his luck during his swashbuckling knock, as he was put down on five occasions as the Orange Hill fielders began to feel the pressure.

The scenario would be brought down to 19 runs off the final over, and the ball was thrown to off-spinner Ryan Burnette to stem the slide and bring home the victory for Orange Hill.

However, Chisholm was having other ideas, and he would then hit three massive sixes including the winning 'Wray & Nephew SIX' to hand Gayle CC their first-ever SDC/Wray and Nephew National Community T20 title.

For their efforts, the St Mary team pocked a whopping $1.2 million, while Orange Hill walked away with $500,000.

The hero of the day Chisholm said he was confident he would pull off the win.

"I believed I could have carried it home, I told myself that anything that was in my zone I was going to go at it, and I did just that and I am proud of this win, this one is for the parish of St Mary."

"We didn't field well at all, plus we didn't bowl in the right areas, catches win matches and we didn't take our chances today. It's disappointing but such is life. We will come back next year."