Charlie still has work to do – Williams 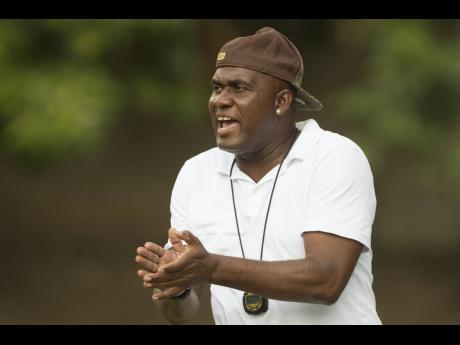 On the surface, Charlie Smith will be pleased to start their 2019 ISSA/Digicel Manning Cup campaign with a comprehensive 5-0 win over Donald Quarrie High in their Group B opener at the Anthony Spaulding Sports Complex on Monday.

But assistant coach Eugene Williams was quick to keep his team's feet on the ground despite the result, stating that there was still room for improvement, and that the nerves of his young team may have had an impact.

"The performance wasn't up to scratch, but you know the guys are young and may have butterflies in their bellies. But we got the win and that was the most important thing," he said. "The result is important, yes, but sometimes you want the quality of football [as well]."

Michael Bryan opened the scoring in the 13 minute and Tahj Reid added a brace in the 18th and 58th minutes as Charlie Smith were clinical in front of goal, despite Donald Quarrie getting chances of their own during the course of the game.

Captain Gianni Golding added one from the penalty spot in the 33rd minute and substitute Damar Brown got a goal in the 68th minute.

Williams stressed that the win was a good platform to build on, especially in a group that is wide open for qualification into the round of 16.

"That's the most important thing [to qualify] for the next round. Three points is what you need to get off of the ground," he said.

The youth of this year's Charlie Smith team presents a challenge as well as an opportunity for Williams in ensuring that they are able to learn the lessons that he is imparting to his inexperienced charges.

"These are kids that we are dealing with are 14-15-year-olds. We don't even have a 19-year-old on the roster," Williams said.

"This team is a young one this year. This result can only do well for them. I hope that game by game we will take [this win] and improve more and more."

The top performer was Tahj Reid, whose brace led the way in the win, and he had multiple opportunities to score more. Williams stated that as one of the senior members of the team, he will be expecting Reid to step into a leadership role.

"He is one of the more senior players because this is his second season. We have a couple of players out there that have played two seasons already, and we are trying to help them take charge," he said.