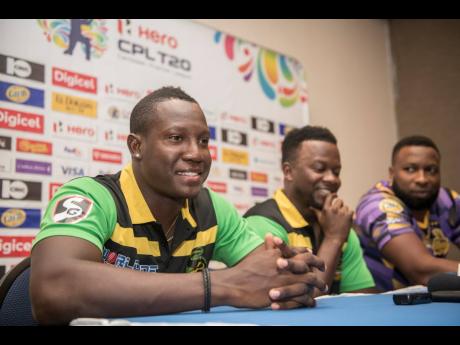 Jamaica Tallawahs head coach Donovan Miller is hoping that his team can utilise home advantage when they bow into action against the St Lucia Zouks in their Caribbean Premier League encounter at Sabina Park tonight.

The Tallawahs are winless after two away games and lie in fifth position without a point, having lost to the Trinbago Knight Riders last Friday, then on Tuesday against the St Kitts and Nevis Patriots in a high-scoring match.

While disappointed with how the team lost to the Patriots, Miller believes the Tallawahs have what it takes to bounce back.

"I believe we are still playing good cricket," he said. "We are glad to be home and we have a lot of cricket to play with five home games in a row, and we are hoping we can turn it around with a win against the Zouks (tonight)."

Stand-in captain Rovman Powell, who is being groomed for long-term leadership, said he had a rough first outing as the team's skipper.

"It was a little bit challenging, especially when the ball started to fly out of the park," Powell said. "When Chris (Gayle) scored that hundred, I thought it would be an easy day, but all that backfired on us and we have to learn from this quickly."

The Tallawahs are expected to make a couple of changes to their line-up with Afghanistan spinner Zahir Khan expected to come into the side with seamer Derval Green.

Meanwhile, the Zouks, to be captained by Daren Sammy, will welcome New Zealander Colin De Grandhomme to their team. The Kiwi, turned out for the Tallawahs last season.