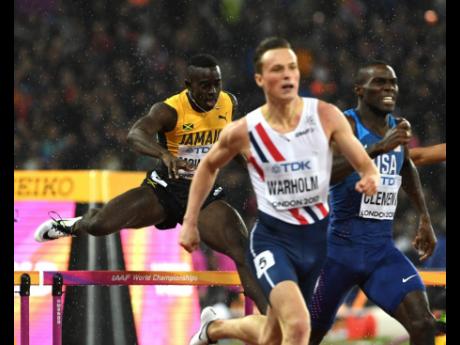 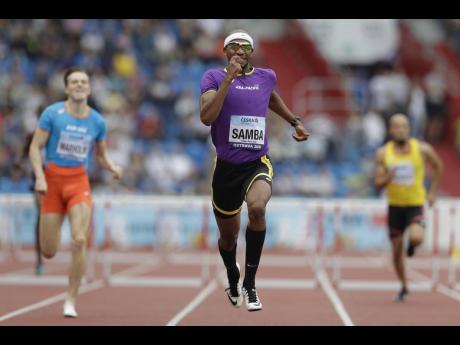 The men's 400 metres hurdles is attracting the kind of attention usually reserved for the 100 metres. That's because Rai Benjamin of the United States, Qatari Abderrahman Samba, and defending champion Karsten Warholm of Norway have pulled the 27-year-old world of 46.78 seconds into view. Two Jamaican coaches, Okeile Stewart and David Riley, think the mark won't survive next week's World Championships in Doha.

Recalling the recent clash between Warholm and Benjamin, Stewart said, "I watched Warholm run 46.92 on a day when I thought he would have been beaten by Benjamin because he messed up at the ninth hurdle and was still able to run 46.92."

That meeting in Zurich on August 29 was the first race with two men finishing under the 47-second barrier. Both men set personal bests, with Benjamin moving out of a tie on the all-time performance list with the great Edwin Moses at 47.02 to 46.98 seconds.

"That to me is a world record run," said Stewart of the win by the Norwegian, who is now the second fastest man of all time. The only superior clocking is 46.78 seconds by Kevin Young to win the gold medal in the 1992 Olympic Games,

Samba, the star from Qatar, broke the barrier with his national record 46.98 seconds last year, but after a promising start to the season, he has missed much of the campaign to injury. Stewart thinks that could cost him. "I don't know what Samba is going to bring, but I think the hurdles, you need practice, so it's between Benjamin and Warholm right now, and I believe if Benjamin runs behind in the finals, he's going to win because having that experience in that 46 run, I think he'll be ready next time," the Swept Track Club coach said.

Days before in a separate conversation, Riley included the event on a list of events that could see new global standards set in Doha. The Excelsior High School track and field technical director was succinct. "400 hurdles on the men side, that one will happen," he said.

Among those chasing medals and records in Doha will be Jamaica's champion, Kemar Mowatt, who placed fourth at the last World Championships. His target might eventually be the Jamaican record of 47.60 seconds. That was set in by 1992 Olympic silver medallist Winthrop Graham in Zurich.