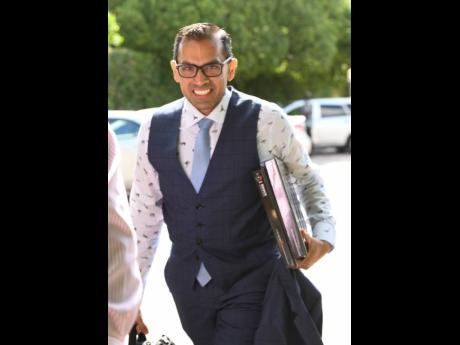 D r Emir Crowne, representative of sprinter Briana Williams in her recent anti-doping hearing, says one major take away from the proceedings is how minors should be dealt with in these matters.

Williams, 17 years old, tested positive in June for the banned substance hydrochlorothiazide, which entered her system through an over-the-counter cold and flu medication administered by her mother to relieve her influenza symptoms.

The Independent Anti-Doping Disciplinary Panel (IADP) ruled on Thursday, after two days of hearing on Monday and Tuesday that Williams would receive an official reprimand but no period of ineligibility. This was after determining that she was not at fault for the banned substance in her system, as it was given to her by her mother.

"I think as a primary point, this decision would set the precedent that minors do need to be treated differently and the WADA (World Anti-Doping Agency) code does recognise a difference in the burden when it comes to minors facing an anti-doping rule violation. That is the primary importance of the decision, in that regard," Crowne told STAR Sports regarding the IADP's decision to consider her mother's role in the violation.

Crowne, who does not have a licence to practice law in Jamaica, says he believes Williams may have a case for damages against the manufacturers of the medication she took. However, since he could not take up such a matter if Williams decides to go ahead and file a suit, he recommended the other members of his team of representatives in her hearing.

"I will leave that to Miss Williams to deal with separately because she will need to retain a Jamaican lawyer to deal with that part of it," he said. "I know it has happened to other Jamaican athletes and they have sued the supplement manufacturers. I don't know, off the table, but I do want to point out that I was greatly assisted by Mr Xavier Leveridge and Miss Christie Irving, who are both Jamaican attorneys-at-law, so perhaps that is something for another day."