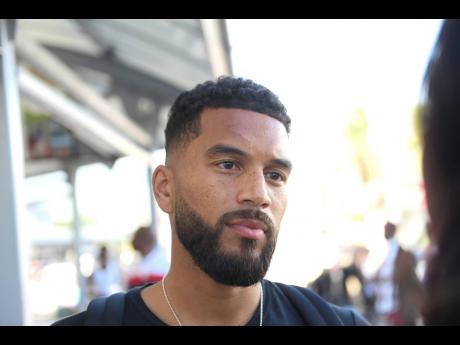 Reggae Boyz defender Adrian Mariappa says the absence of Leon Bailey and Bobby Reid due to injuries will present opportunities for other players to prove their worth when the Reggae Boyz face Aruba in the first of two matches in the Concacaf Nations League on Saturday at the National Stadium. Jamaica will travel to Curacao for the return fixture next Tuesday.

Mariappa, while speaking to reporters after arriving at the Norman Manley International Airport on Tuesday, said that he was confident that the team can continue their winning form after comfortable victories over Antigua and Barbuda and Guyana.

“The last two games obviously were good results for us. [We] scored a lot of goals and got two clean sheets,” he said. “So we just need to keep the momentum going.”

“[We just] have to keep doing what we are doing, working hard on our training. Obviously there is a good squad, a lot of competition for places and I think that can only bode well for the team.”

The 33-year-old Watford centre back is looking towards other members of the team to step up.

“I think there are opportunities for everyone. At the last camp, Chavany [Willis] I thought was brilliant in the game that he came on and he is speedy as well. There is a lot of opportunities with Bailey and Bobby [Reid] not there for persons to make claims for places.”

The Boyz are on top of Group C of League B with maximum six points and a massive plus 10 goal difference. Mariappa is not taking anything for granted during the next two games as he hopes that it will bring the country towards solidifying its place in the World Cup qualifiers next year. The pressure that comes with the expectations of victory and making it to the World Cup are nothing that he hasn’t anticipated.

“I think there is always pressure but it is good pressure. We have been there before and there is pressure because we are more than capable of making it. I’ve got high hopes for this squad and this team and I will be giving everything to make sure that we make it,” he said.