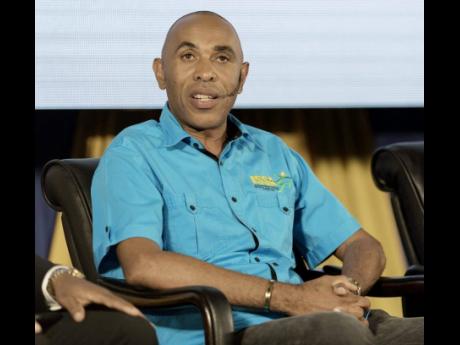 Inter Secondary School Sports Association(ISSA) president Keith Wellington has confirmed the start of the ISSA Champions Cup which will start on November 1.

The all-island knockout competition which features the best of both rural and urban schoolboy football will keep the 16-team format that it had last year. Last year's competition was executed without a title sponsor, but Wellington confirmed that WATA and KFC have come on board this year to provide sponsorship. He said that the support of both brands have made the execution of this year's competition a little easier.

"Well, I'm not sure if it was easier[in getting sponsorship compared to last year, but as we have gotten partners this year it should make things a little easier in terms of funding the competition and the execution." he said speaking to Star Sports. The launch of the competition will take place on October 30.

The rural versus urban showdowns will include the eight teams that have won their Manning Cup second- round play-off series and the eight teams which finished as winners and runners-up in their respective daCosta Cup quarter-finals groups. The quarter-finals of the daCosta Cup are scheduled to take place starting from October 22 to 29, while the second round of the Manning Cup is scheduled to begin on October 22.

Wellington says that maintaining the structure of the competition was a high priority. "What we want to do is to ensure that we stabilise the structure. Last year, we moved back to 16 teams which was actually twice the number that we had the last year Flow had the competition. This is our second year running a 16-team competition. This is our first year running a 16 team competition with a sponsor. So we want to build on that first before there are major changes," he said.

He was also confident that the rescheduled games that have taken place this season would not be a factor in the execution of the tournament.

"The way we have structured the competition over the last two years, we would have made provisions for eventualities such as what happened in the Manning Cup this year and the daCosta. The changes that we have made to the Walker Cup and the Ben Francis would have been made to facilitate eventualities that may occur in terms of the weather," he said.

The Champions Cup replaced the Super Cup, which was started by former sponsors Flow in the second year of their five-year sponsorship deal with ISSA, which ended in 2017. Cornwall College are the defending champions.