King’s dream come true - ... as the Jamaican gets Windies call 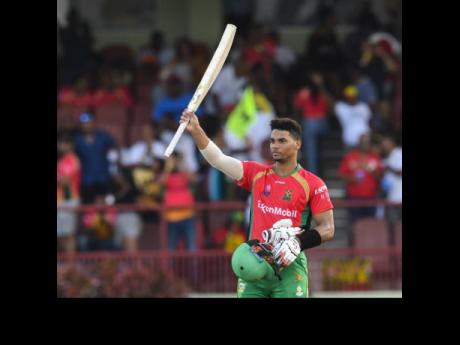 Jamaican right-handed batsman Brandon King will finally get his wish to wear the maroon colours of the West Indies as yesterday the 24-year-old was named in the regional sides 15 man one-day international and T20 squads for the upcoming series against Afghanistan, starting on November 5.

King, who was the leading run-scorer in the Caribbean Premier League with 496 runs, including a record unbeaten 132 for the Guyana Amazon Warriors, could not hold back his excitement on getting his maiden call.

"These moments are what you work towards, it has always been my dream to represent the West Indies," said King.

In the meantime, King will be joined on tour by another first-timer in leg spinner Hayden Walsh Jr, who was the leading wicket-taker in the CPL with 22 wickets.

Walsh Jr who also had a stint with the USA, was also elated to be part of the Windies set-up.

"Today, my dream is a reality, and I'm proud to be named in the West Indies team,"said Walsh Jr.

The West Indies will play three T20's, three ODI's and one Test match against Afghanistan in India.

The T20 and ODI squads will be led by Kieron Pollard, while Jason Holder will lead the team in the solitary Test.