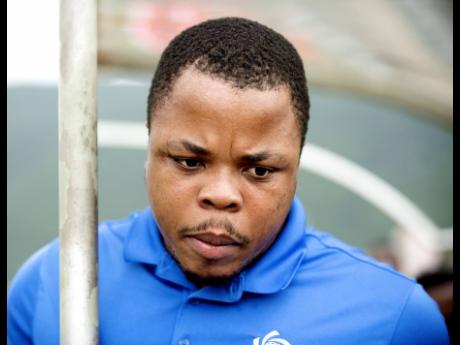 The situation for the UWI FC is becoming precarious. The Pelicans are now rooted to the bottom of the Red Stripe Premier League(RSPL) table on six points and thanks to their 1-0 defeat to Dunbeholden on Sunday, they have now lost five games this campaign. They have not tasted victory since the opening day of the season almost two months ago and a team that was in the play-offs a year ago is now being dragged into a relegation fight.

Peart was left fuming at the way the the goal was conceded when Andre McFarlane laid the ball back to Dean-Andre Thomas who tallied his fourth goal of the season less than a minute after Javoy Belnavis had an opportunity that was saved by goalkeeper Giovanni Smith.

"We have to do better at the back there. They didn't work one per cent for that goal," he said. "We gave it to them. A situation where we had control,three of us versus one player. And he[McFarlane] managed to play it back to a next man[Thomas]. That's us. [It's] frustrating."

Their predicament is slightly eased being only two points away from escaping the drop zone but Peart knows it has increased the pressure on his team and himself to get results quickly to claw their way out of the situation they find themselves in.

"You need to get close to the rest of the teams in the league. And with results like this especially against a team like this who are very close to you, you have gifted them three points. And then you now have to work extra against other teams to get back this advantage,"

Despite the poor form, Peart believes that his team does have what it takes to turn the corner. "Of course they can. With a little more commitment and desire, we will deal with it," he said. UWI FC host Harbour View at the UWI Bowl this Sunday.