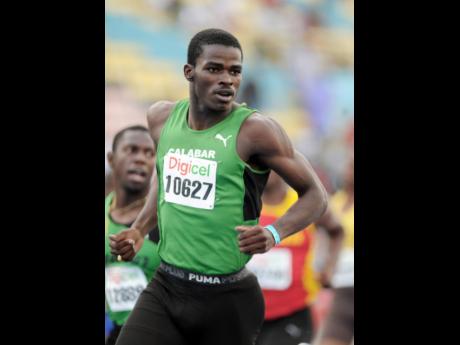 O'Hara, a standout athlete at Calabar High School in the sprints and 110m hurdles, opted to be guided by Sewell in order to work with another former Calabar hurdler Orlando Bennett, who made it to the semi-final of the event at the recently concluded World Championships in Doha.

"He said his high school coach had a good impact on him with hurdles and he figures he needs a hurdles partner to train with. I don't have any objection with his decision and I sincerely hope it will enhance his development," Mills told STAR Sports.

After he left Calabar in 2014, O'Hara's development as a 200m runner under the tutelage of Mills was derailed by a series of injuries. He returned to the obstacle event last season under the guidance of Racers Track Club coach Gregory Little and lowered his personal best to 13.61 seconds.

"He restarted his hurdling career with coach Gregory Little, who I think did very well with him in the short space of time and it opened the avenue for him to do well in the hurdles again," said Mills, who is the founder of Racers Track Club.

"I decided to make the change because looking back at my high school years, we (Sewell and O'Hara) had great chemistry and a good relationship. I have a lot of respect for him and what I achieved with him," O'Hara told STAR Sports. "And having a hurdles partner (Bennett) to push each other to the fullest is also great, so that helps as well."