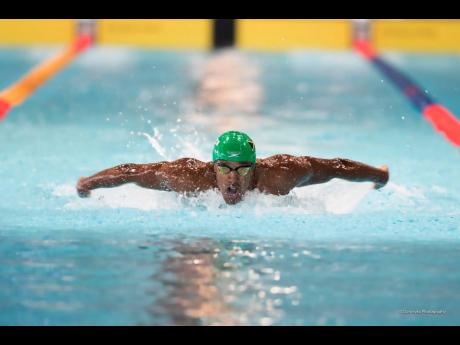 Lynn says Gunning's sexuality has no bearing on his performances and the main concern for ASAJ is that he continues to improve and excel for the country.

In an op-ed piece by British publication The Metro on Sunday, the 25-year-old British born Jamaican record holder opened up about his journey into coming out and says that accepting who he is has made him a better competitor.

Be a role model

"What I will say is that all my friends and family have seen a massive change in my personality, because I'm finally owning who I am," Gunning said. "I swim at my best when I'm happy, and coming from a Caribbean heritage, I've been given a bigger voice and platform to be a role model.

"I became a better athlete after I came out because I was no longer worrying about hiding a part of myself from everyone around me."

Gunning opened his 2019-2020 aquatic season in late October, setting a national record at the Manchester International Swim Meet in the 200m butterfly short course event. He finished third in a time of 1:59.98 minutes. He became the first Jamaican to go under the two-minute mark, bettering his own mark of 2:00.07 minutes.

He hopes to join Alia Atkinson, who has already qualified for next year's Olympic Games in Tokyo, Japan, and Lynn is encouraging all national swimmers to do their best in getting there.

"The Olympic year is a very tedious and stressful year for all athletes that are vying to get to the Olympics, because we see the Olympics as the pinnacle of success in terms of sports," Lyn said. "So I would encourage every athlete to ensure that they put out their best and push forward to try and get to the Olympics because that is where we can now say that our representation at the Olympics is good, and, hopefully, it will continue to be so."